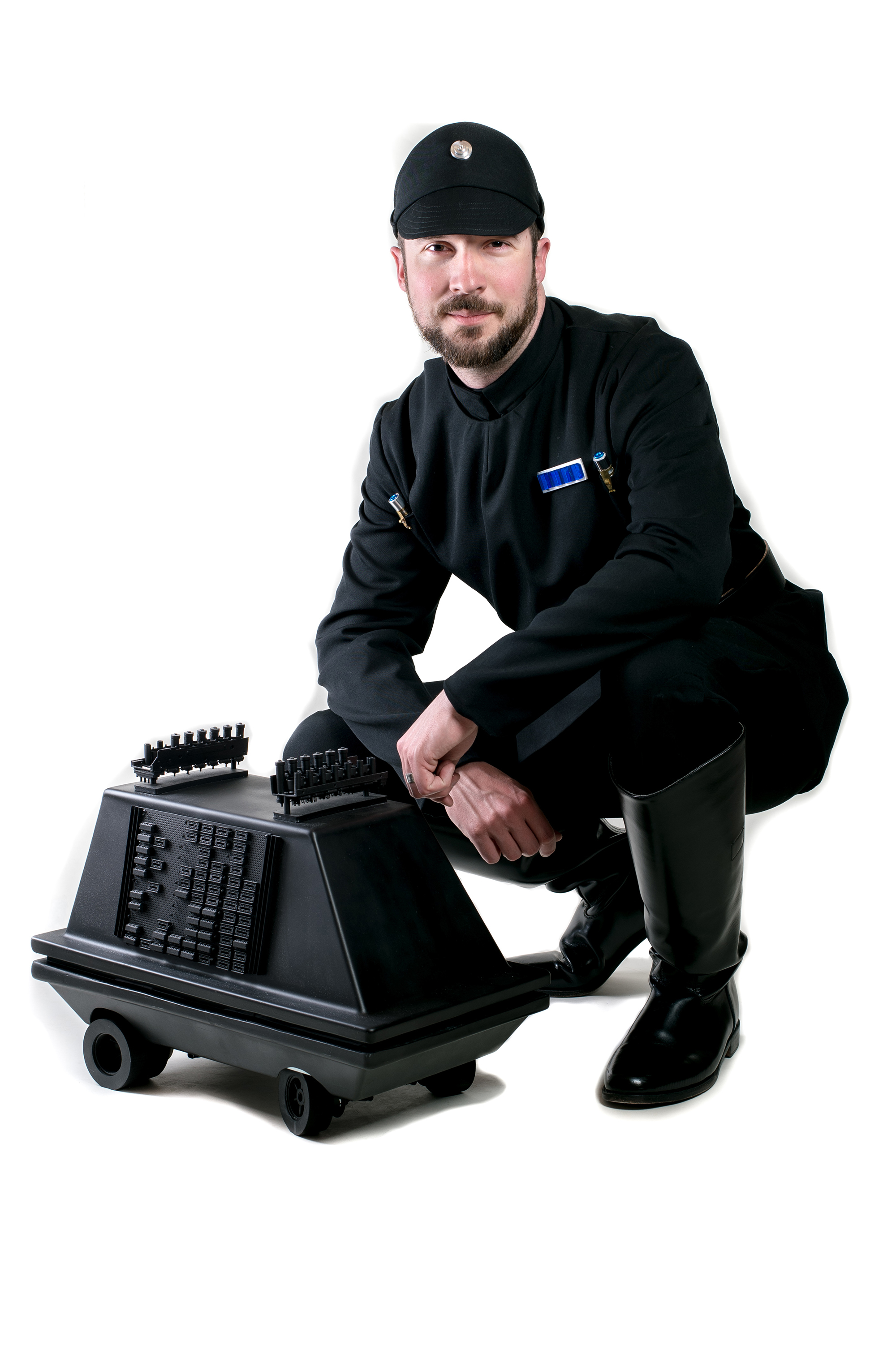 Name: Aaron Lutsch
TK ID: BH-32794
Member since: March 2015
Fan since: I grew up just when Star Wars first came out. My family had the original CBS VHS cassettes and I’m pretty sure I burned a hole in each tape from the amount of times I’ve seen them. Whenever I was sick, or there was bad weather…or just because I hadn’t seen them in a while, there was never a bad excuse to watch the most amazing trilogy ever. I was also an avid figure collector and have fond memories of zooming around my house with the Millennium Falcon.

I’m a teacher in the Greater Victoria School District. Currently I teach Digital Media and Visual Art, but also have a background in Theatre. My students think it’s pretty cool to have Boba Fett as their teacher…it definitely earns me some street cred. I also own a small photography business where I specialize in corporate and event photography. I’ve shot professionally since moving to British Columbia in 2006.

I have recently moved into the wonderful world of Droid Building and have built a Gonk, Mouse Droid and the newest member of the family, BB8. It’s incredible to see the joy these droids bring to children young and old! 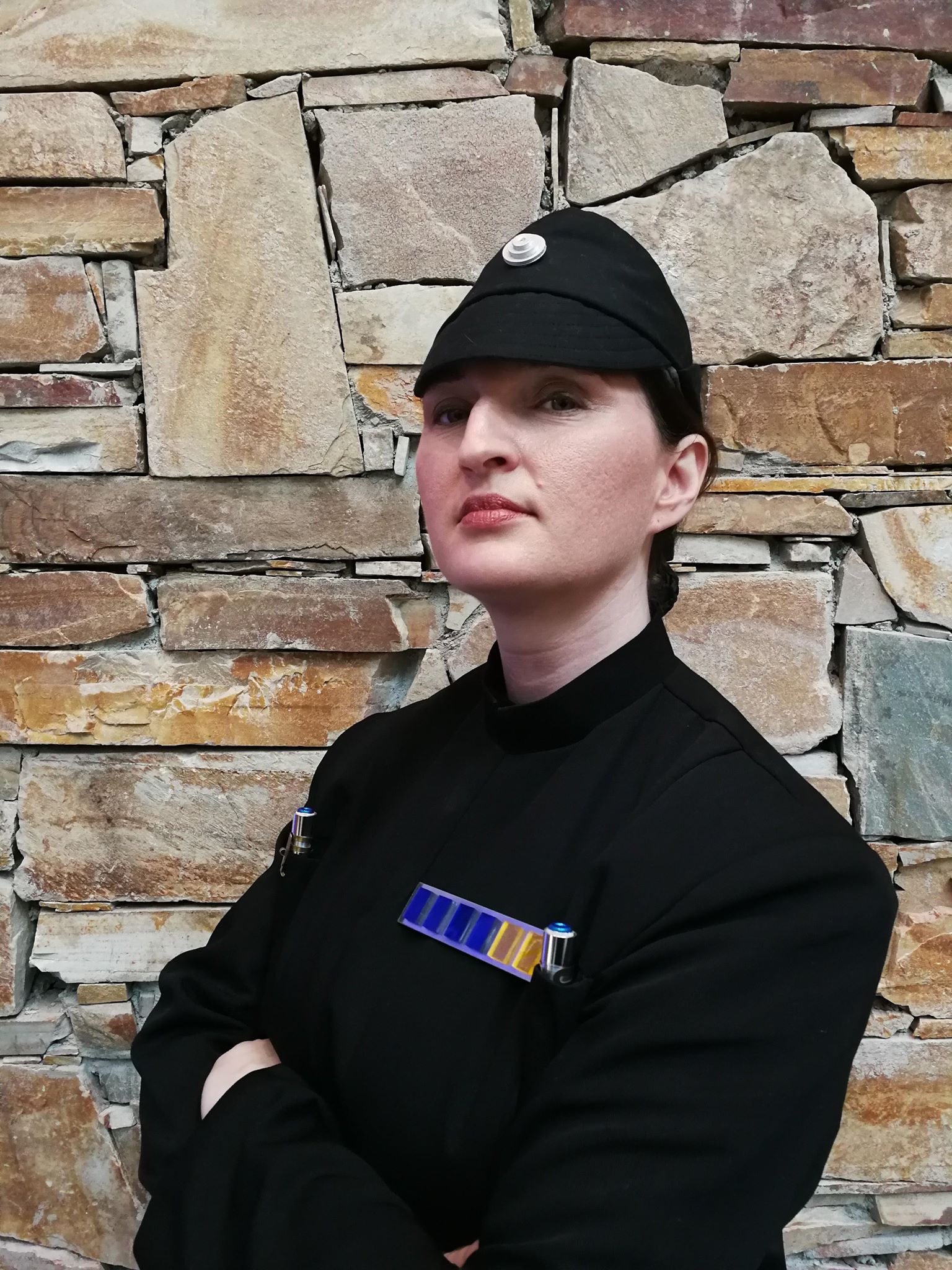 Name: Shannon Bradley
TK ID: ID-48011
Member since: 2017
Fan since: I was born the year A New Hope released, so it seems that I was destined for a life of Star Wars fandom. My first solid memory is in my early teens, that iconic scene with Carrie Fisher as slave Leia. She was so unbelievably amazing, taking her freedom into her own hands and offing Jabba that she became my role model. Charity work is something I absolutely live for, and over the past 20 years I have managed many, many events for various organizations. I volunteered with Variety the Childrens Charity for about 18 years, mostly on the Telethon and other large events. I eventually became a Board Member and had input on everything there. Outer Rim of course was involved in troops for Telethon and the Fan Expo, and I really got to know people at the Expo a few years ago. Destiny calling? Perhaps! Having managed events for so long, at times it could get a bit stressful. Being with the 501st is so amazing, in that we get to show up to an event, put on a costume that people think is cool, make people happy and go home. Star Wars is so iconic in our culture that the way people get so excited makes me bounce with delight. I know guys have compared me to a toddler on too much sugar at events, but honestly what could possibly be better than what we do?!?! And now I have the opportunity to give back to the garrison by working with the amazing staff, and I am thrilled to be here!

Captain of the Guard 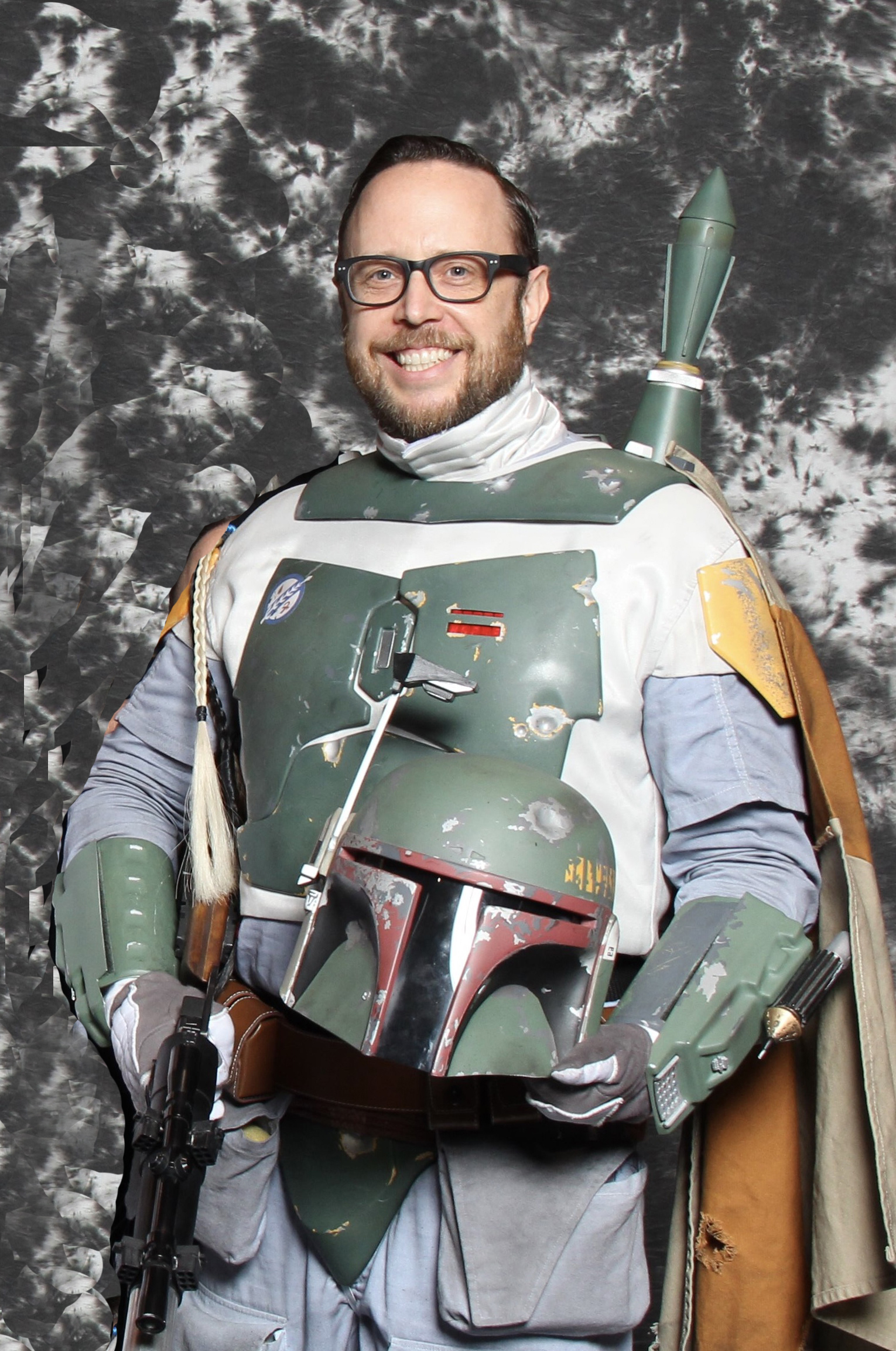 Name: Bradley Fehr
TK ID: BH-11838
Member since: November 2015
Fan since: It all started when I watched A New Hope (simply called Star Wars at the time) in a theatre in New Westminster. I was hooked and have been a fan ever since.

I watched all three movies in the theatre and have fond memories of watching the Ewok Movies on television.

I built my first Boba Fett costume for the release of the Special Editions and wore opening night of The Phantom Menace in theatres (I camped out overnight to get tickets) as well as the other two prequel movies on opening night. It was a home-made, budget costume and years later I decided to see what would happen if I upgraded it a bit. One upgrade led to another and then another and I eventually joined the 501st Legion as Boba Fett from the Empire Strikes Back.

I was able to turn my passion for Star Wars into a chance to give back to the community through the 501st Legion and the Outer Rim Garrison. I love bringing smiles to the faces of kids and adults alike, and am thrilled I can help raise money for charities and take part in community events. 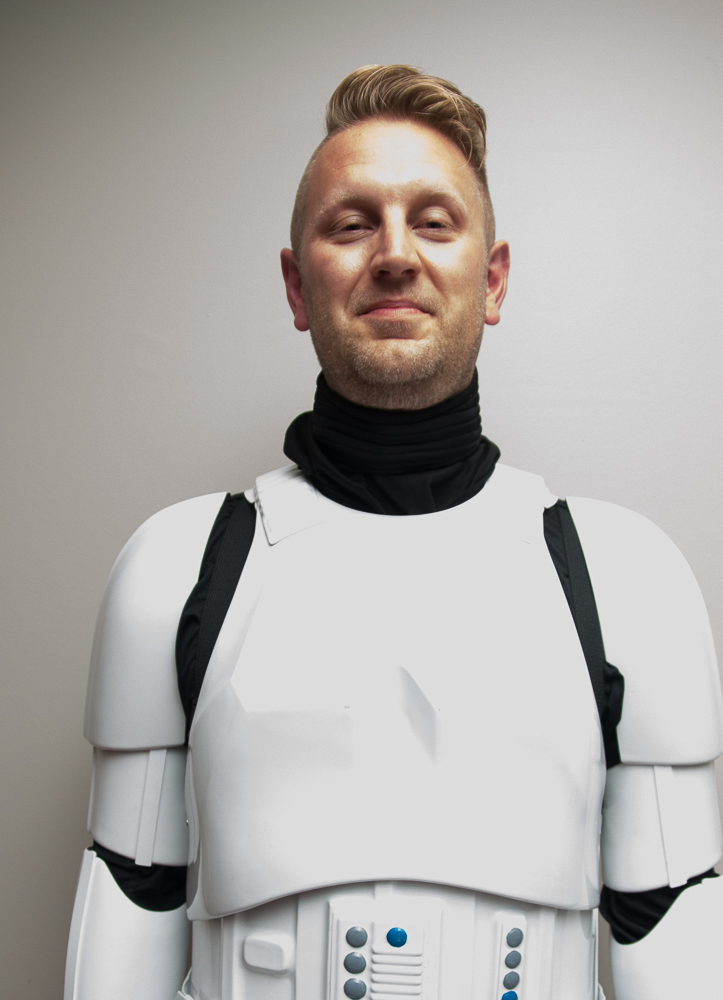 Name: James Walker
TK ID: TK-97661
Member since: 2017
Fan since: As a child, I pretty much wore down the original Star Wars trilogy and Ewoks: Battle for Endor VHS tapes. Any fan of Star Wars has always dreamed of being part of a galaxy far, far away.

The 501st Legion not only allows us to live out or childhood dreams of being Lord Vader or a Stormtrooper onboard the Death Star, it also allows us to enhance other peoples lives in the charity work we do and share our passion for something that means so much to us by bringing a smile to both kids and adults. The Outer Rim Garrison is filled with awesome people who all have the same passion for Star Wars, being able to volunteer with each and everyone one of the members is an honor.

As a father of two, the 501st Legion allows me to also share my love for Star Wars with son and daughter. My son has been able to join me in many events such as parades and charity work and every time my daughter points at a Stormtrooper or Kylo Ren and says “daddy”, it gives me a smile from ear to ear. 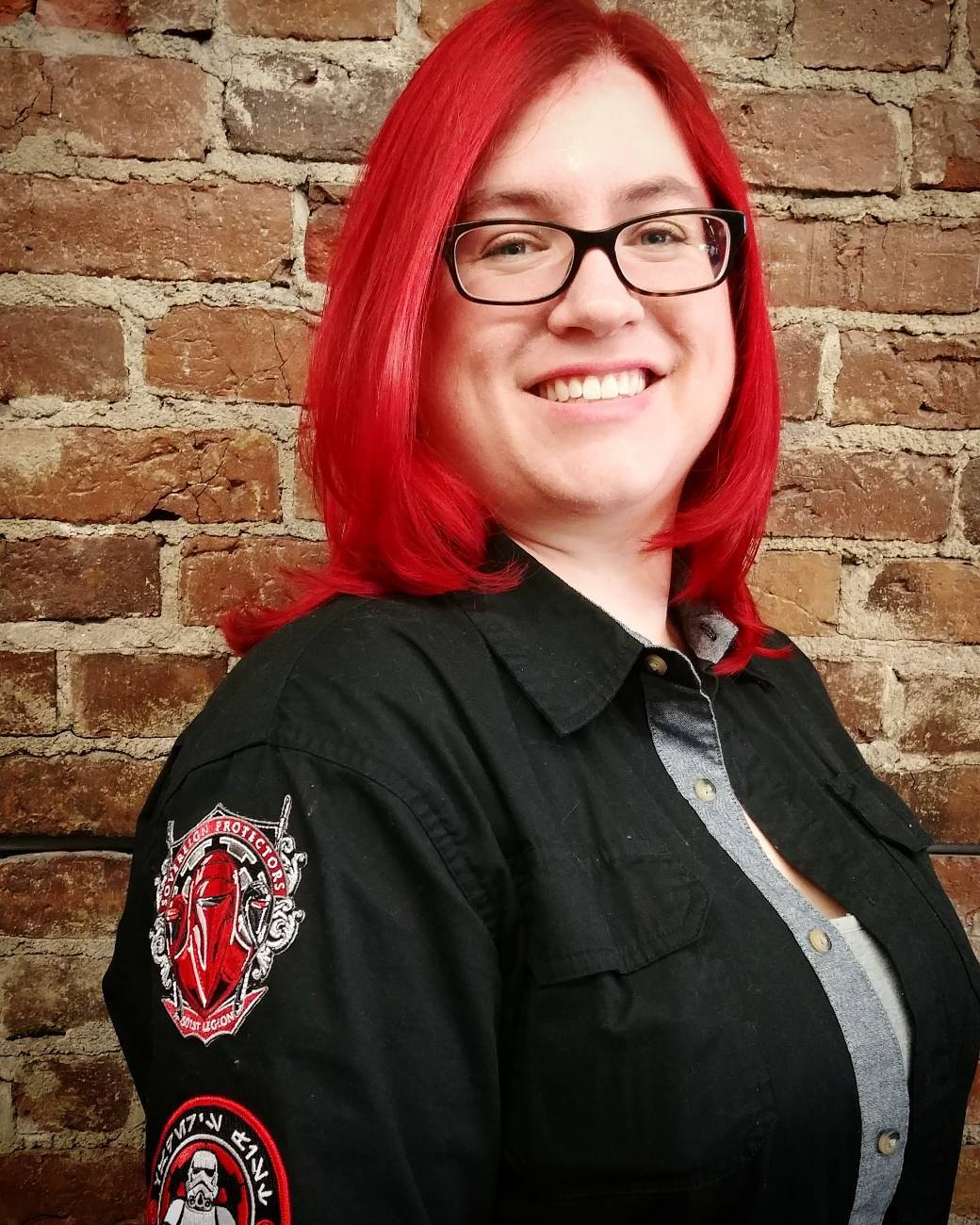 I’m honestly not sure what my first experience was with Star Wars.  I’ve always been drawn to the science-fiction genre.  Even though I have a diploma in Computer Information Systems, I’ve been a Registered Pharmacy Technician since 2011.  I have a wonderfully supportive husband, and an adorable child who is just beginning to experience everything that is Star Wars.

I want to encourage anyone that wants to join us to jump right into the middle of it, no matter how intimidating it seems.  This is an amazing group of people, and we love to help! 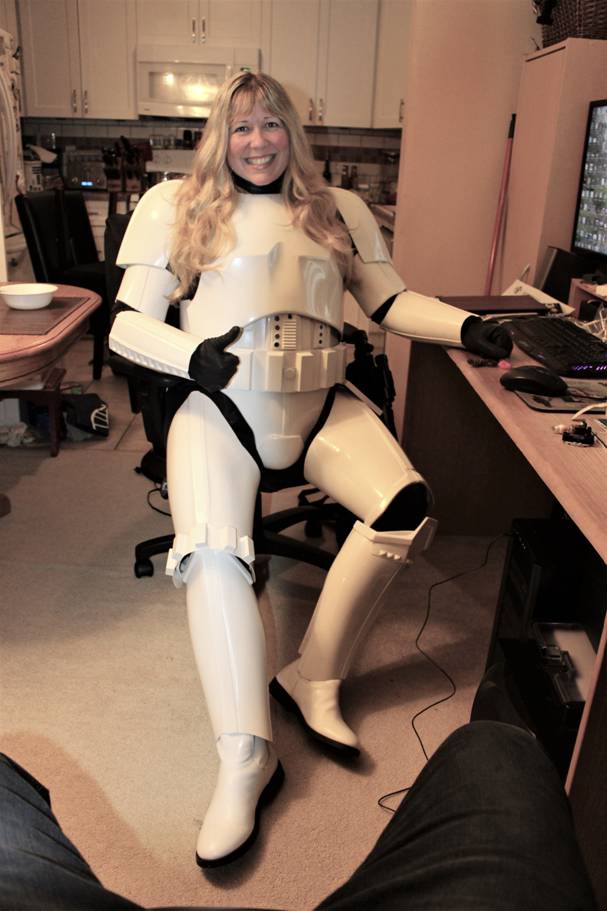 Name: Tammy Anderson
TK ID: TK-42144
Member since: May 2016
Fan since: Well I’m sure my parents showed me A New Hope before we saw Empire at the drive-in theatre, but I really don’t remember that far back so I guess I’d have to say 1980. I was a rebel through and through when I was a little girl. I dressed up as Princess Leia, and I collected the figures and the hockey style Star Wars cards obsessively. I remember when I was about 12 I was playing on our wharf and my favorite Luke Skywalker card fell between the wood slats…I was devastated! Crying, I leaned over and pulled all of the weeds out from under the doc until my precious card finally came out. It was wet, but it was saved

By the time I was an adult I was in love with Stormtroopers and my goal in life was to have a full sized one in my living room (and I do!). Who knew I would actually get to dress up as one too! I love everything about the 501st and tell everyone I meet about us. I am honored to be able to help out the garrison as a GEC this year and look forward to many more years of trooping with my family and friends. 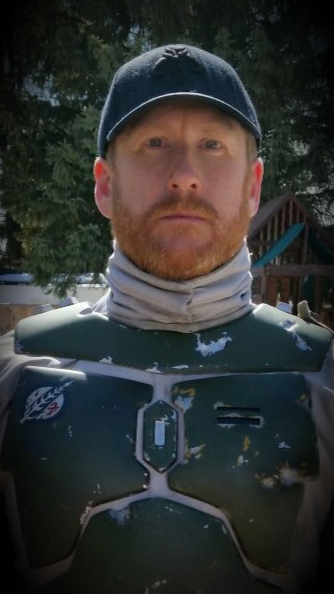 Name: Trevor Elkey
TK ID: BH-31905
Member since: 2015
Fan since: I’ve been a fan of Star Wars since watching The Empire Strikes Back in 1981. The characters and story captivated me even though I really had no clue what was really going on.

Going into my 4th year with the Outer Rim Garrison, I have been able to volunteer for some amazing community events and charitable organizations bringing smiles to faces young and old and spreading the magic of the Star Wars universe far and wide. 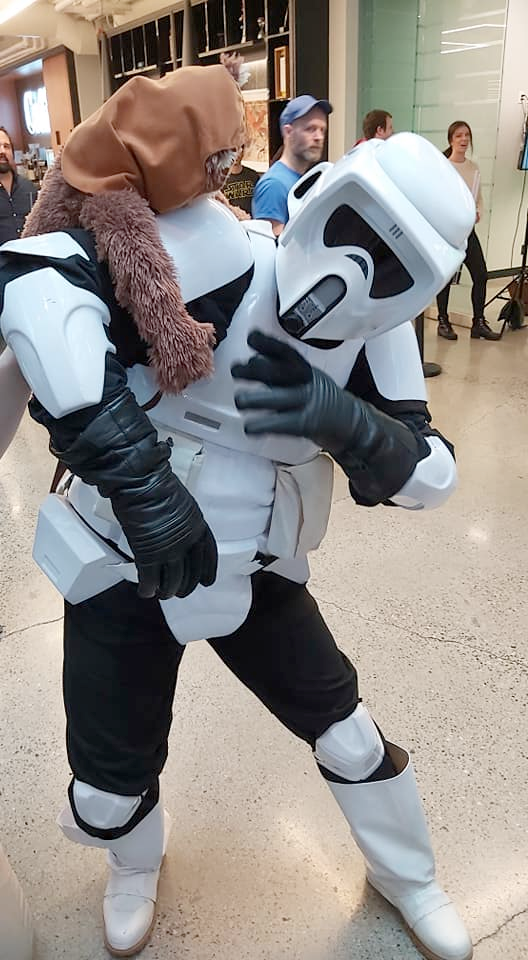 I have been a Star Wars fan since I was a child. I don’t remember a world without lightsabers, aliens and tree hugging Scouts. I am an educator, a podcaster and YouTuber. I learned about the 501st at FanExpo and I haven’t looked back. Being a 501st member has been one of the most rewarding things in my life next to the birth of my son. I strongly believe in the saying: “We don’t do it to relive our childhood. We do it so kids can live theirs”. 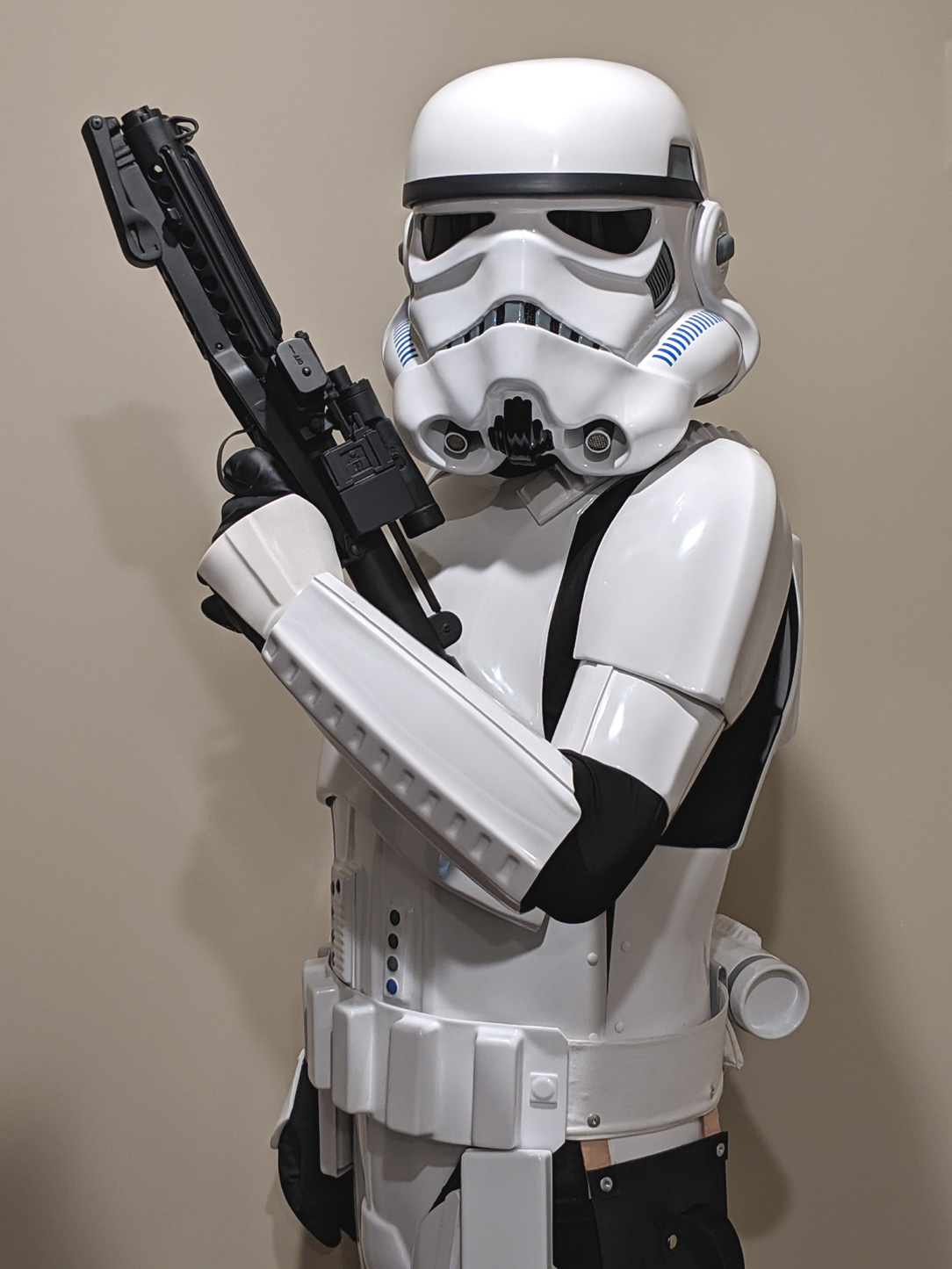 In 1995 I moved to BC from Ontario and I spent my teen (high school years) in Bermuda. I have a Physics degree from Wilfrid Laurier Universiy and currently live in 100 Mile House, where I own and operate a computer services business. 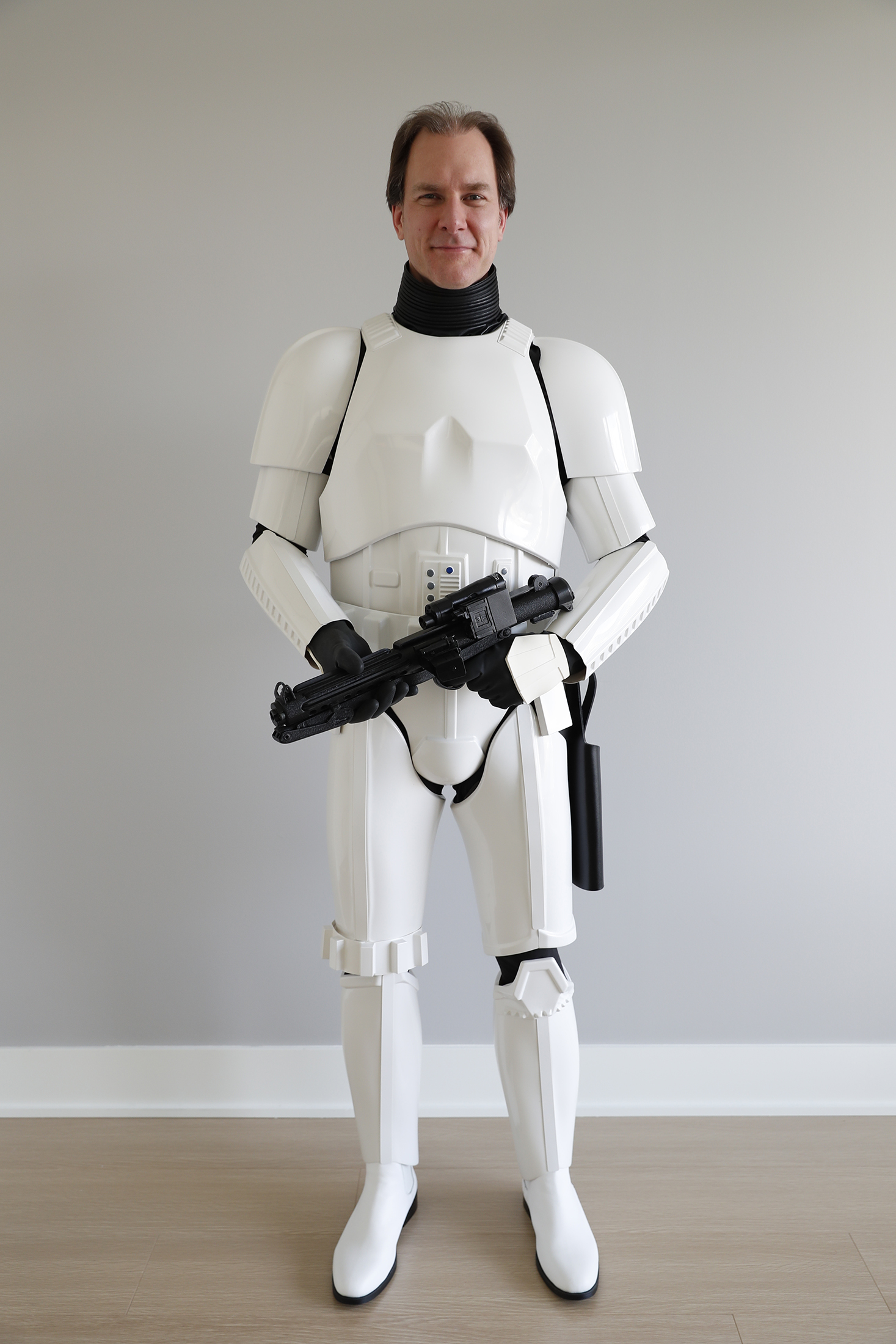 Name: Chris Ballance
TK ID: TK-82997
Member since: 2016
Fan since: I have been a Star Wars fan since the late 1970s.  Decades later I now get to look like one of the iconic stormtroopers and participate in many of the fantastic events the 501st Legion supports. 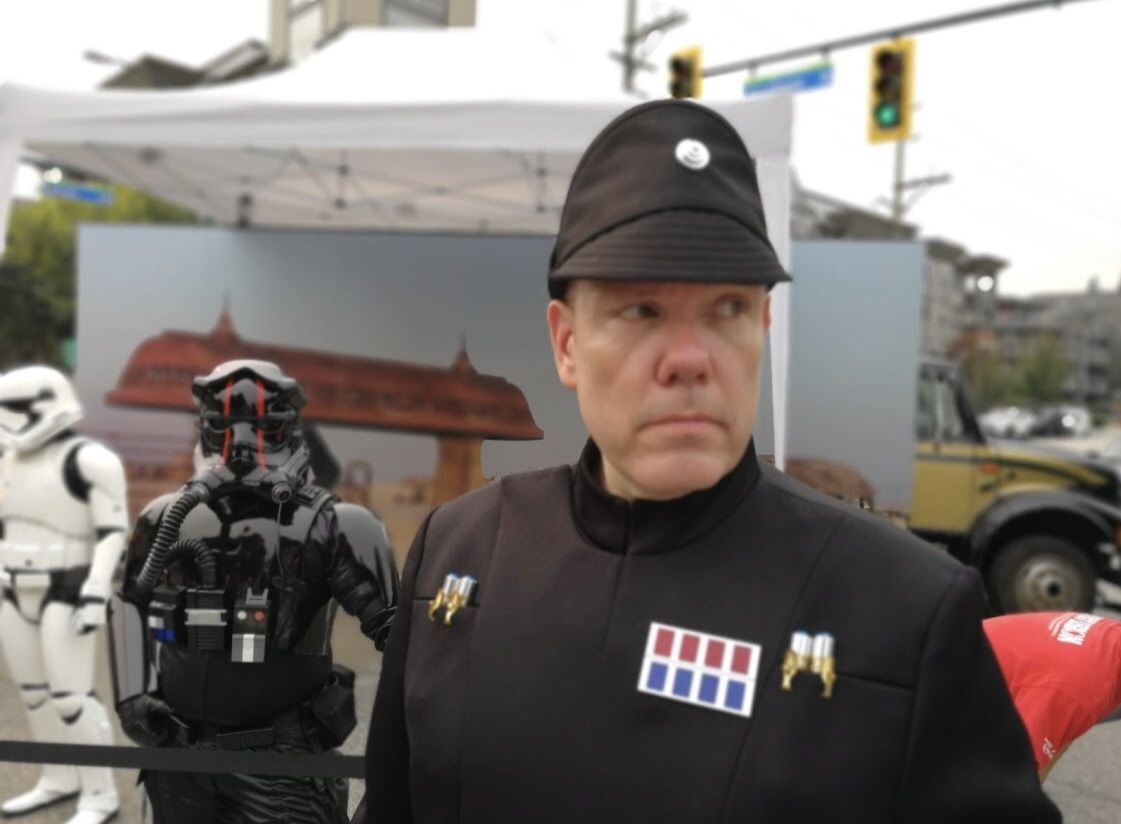 Name: Dr. Nicholas Harrison
TK ID: SL-79797
Member since: 2015
Fan since: When the whole thing started, and remains a fan for life. For much more information about my obsession and devotion to the Star Wars universe, please feel free to check out my blog: starwarssavedmylife.wordpress.com  — Long live the Empire!