What is your background / what do you do for a living? What are your hobbies?
I’m from BC’s Northern Capital, the small city known as Prince George, BC. I’m currently a University Student here at UNBC working toward a marketing degree.

On top of being a full time student I also run my own photography business. I have been doing photography for 4 years, and I have been able to live some unbelievable life experiences (Such as photographing and hanging with all the wonderful people of the ORG at Northern FanCon 2016 ) because of the career I have chosen.

When I’m not being a professional student or photographer I try to be doing something else creative. My other creative outlet besides photography is music. I’ve played drums for upwards of 10 years. I currently am learning, but failing at bass guitar, and most recently have dived into vocal lessons and working on improving my singing voice. So I’m either playing, or trying to go to as many concerts as I can.

I also keep busy playing sports when I can to keep active as well. My sport of choice is hockey but I love to get out on the hill and ski when I can as well.

With all of that being said I try and do new things as often as I can so my interests definitely tend to evolve and grow.

When did you see Star Wars for the first time and where?
I remember vaguely seeing ANH and ESB on VHS when I was about 3 or so. Seeing the AT-AT’s is probably one of my first movie memories, but I don’t remember much else. I could say my first real experience with Star Wars was seeing The Phantom Menace in theatres when I was 5 years old. I was hooked then and there and saw AOTC and ROTS on release day in theatres. It wasn’t until much later that I actually received the whole saga on blu ray and sat down and took in all of the glory that is the OT.

What is your favourite Star Wars movie?
Such an incredibly tough question. It’s totally like picking your favourite pet, as you love all of them equally but for different reasons. I’d say ANH is my favourite because its what started it all, but ESB can take over that spot depending on the day. Gotta Love the Battle of Hoth, Boba Fett, and the mother of all plot twists!

What is your favourite costume and or prop (any franchise)?
I love Clone Troopers armour. It builds off the very classic basic white aesthetic of the OG storm troopers, but adds some intricate individual details that can add so much to the character. It provided a great way to add individuality to characters who were quite literally clones. I’d say my absolute favourite is Captain Rex’s Phase 2 armour from The Clone Wars.

What costumes (SW related or otherwise) have you made before?
My TI kit was my first SW costume I’ve made, and definitely the most complex. I had quite a few underwhelming halloween costumes in the past, but ones that I’ve put effort into in recent years has been my Brendan costume (Pokemon Ruby and Sapphire’s Male Protagonist), and for this past halloween I made a Fox McCloud costume from the Star Fox series.

How did you first find out about the 501st Legion?
My first real exposure to the 501st was when the ORG came up to the inaugural Northern FanCon in 2015. I hung around the booth quite a bit but was a little nervous to really introduce myself. After awhile I ended up introducing myself to Jamie, Adam, Trevor, and the rest of the crew briefly, but didn’t get too involved.

Between then and FanCon 2016 I did a lot of research into what the 501st was, and when the opportunity came to be the ORG’s photographer for FanCon 2016 I jumped at the chance. I was welcomed by such a great group of people and was brought into the fold like I was part of the garrison. It created such a monumental weekend for me and definitely a time I’ll never forget. If it wasn’t for that weekend I’m sure I wouldn’t be a 501st member, so I’m eternally grateful for the experience I had that weekend.

What drives you to stay trooping in the 501st Legion?
After a few troops now there has been a few things that have stuck with me the most. The first one is the amount of joy you bring to people. Seeing someones face lift up when they see Stormtroopers, Darth Vader, Tie Pilots, Boba Fett, etc. really feels great when you know you’re making their day and creating a memory that will stay with them for awhile. The feeling of seeing a kid absolutely lose his mind in the best way when he sees his favourite Star Wars characters in real life is so so rewarding to me.

The second thing that has stuck with me is that I get to spend time with some of the friends I’ve met through the legion and the garrison. Every troop is unforgettable and its almost all because of the people I’ve got to troop with. The Outer Rim Garrison has introduced me to people who I would consider I consider to be some of my best friends and any chance I get to spend time with them is time well spent. I get to geek out and dress up in Star Wars costumes, make people happy, and make a positive impact in my community all while getting to hang out with really great people. I’ve been on lots teams, and been a part of lots of groups before, but I have never felt a sense of belonging like I have within this garrison, and that in itself has made me so happy to be a part of the 501st and continue to do so for as long as I can.

If you were to get a job at LucasFilm, what would it be?
Tough call on this one. I’d love to be a part of the Lucasfilm Story Group. It would be unbelievable to contribute to and see how the story for all of the new Star Wars is coming to be, and how it all connects. If I couldn’t do that I’d say I’d love to work as a director of photography on all of the forthcoming films. 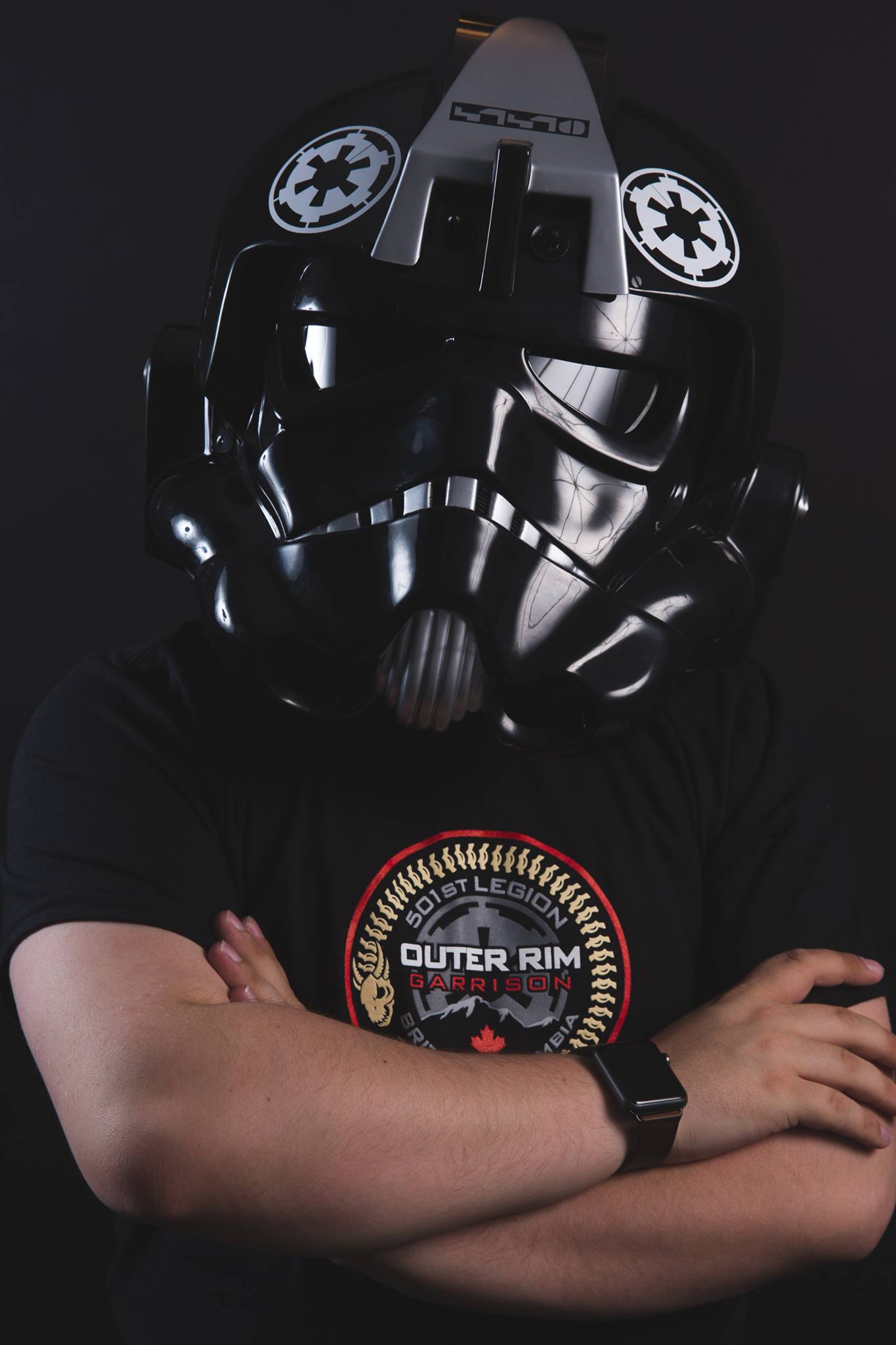 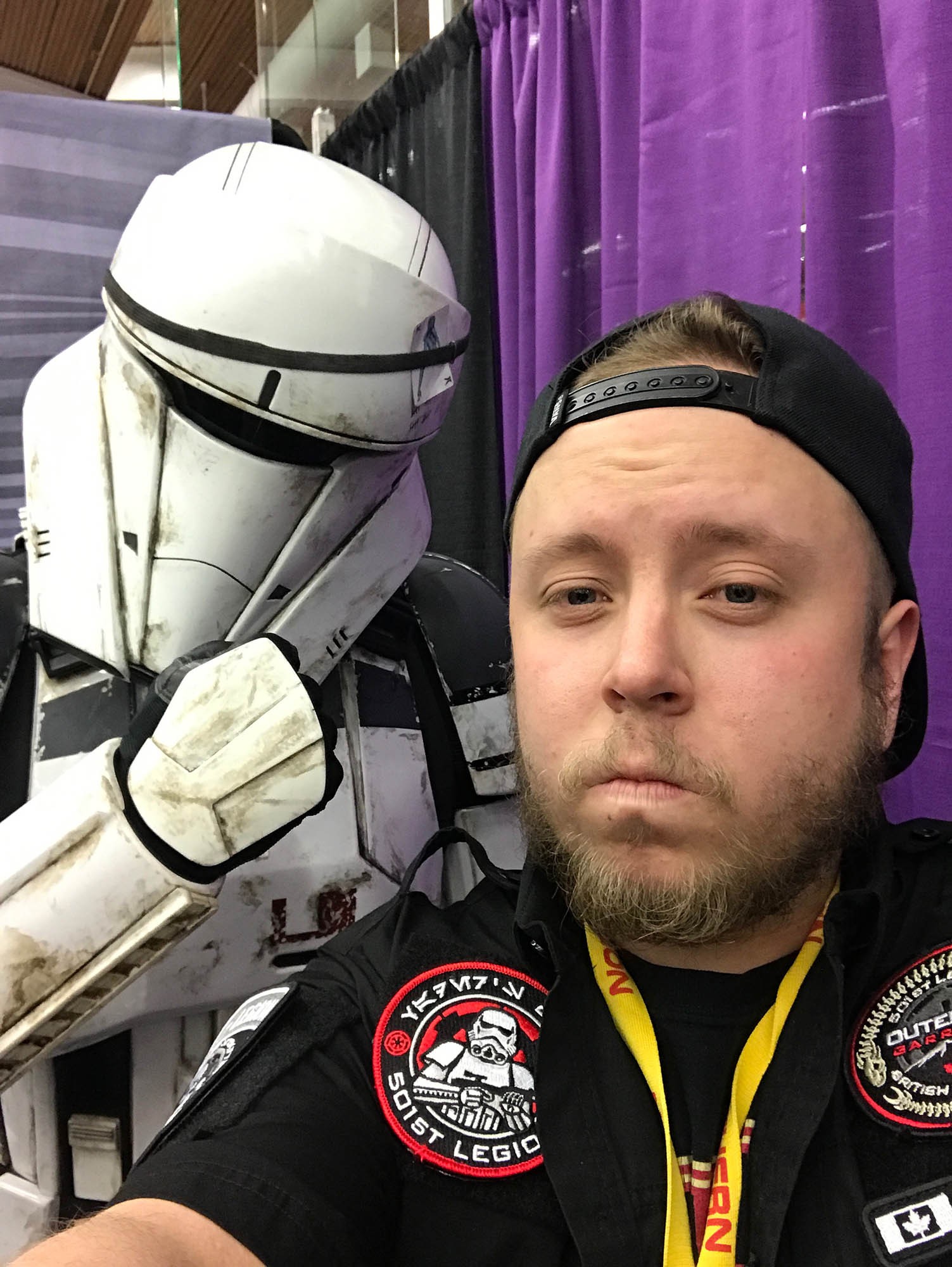 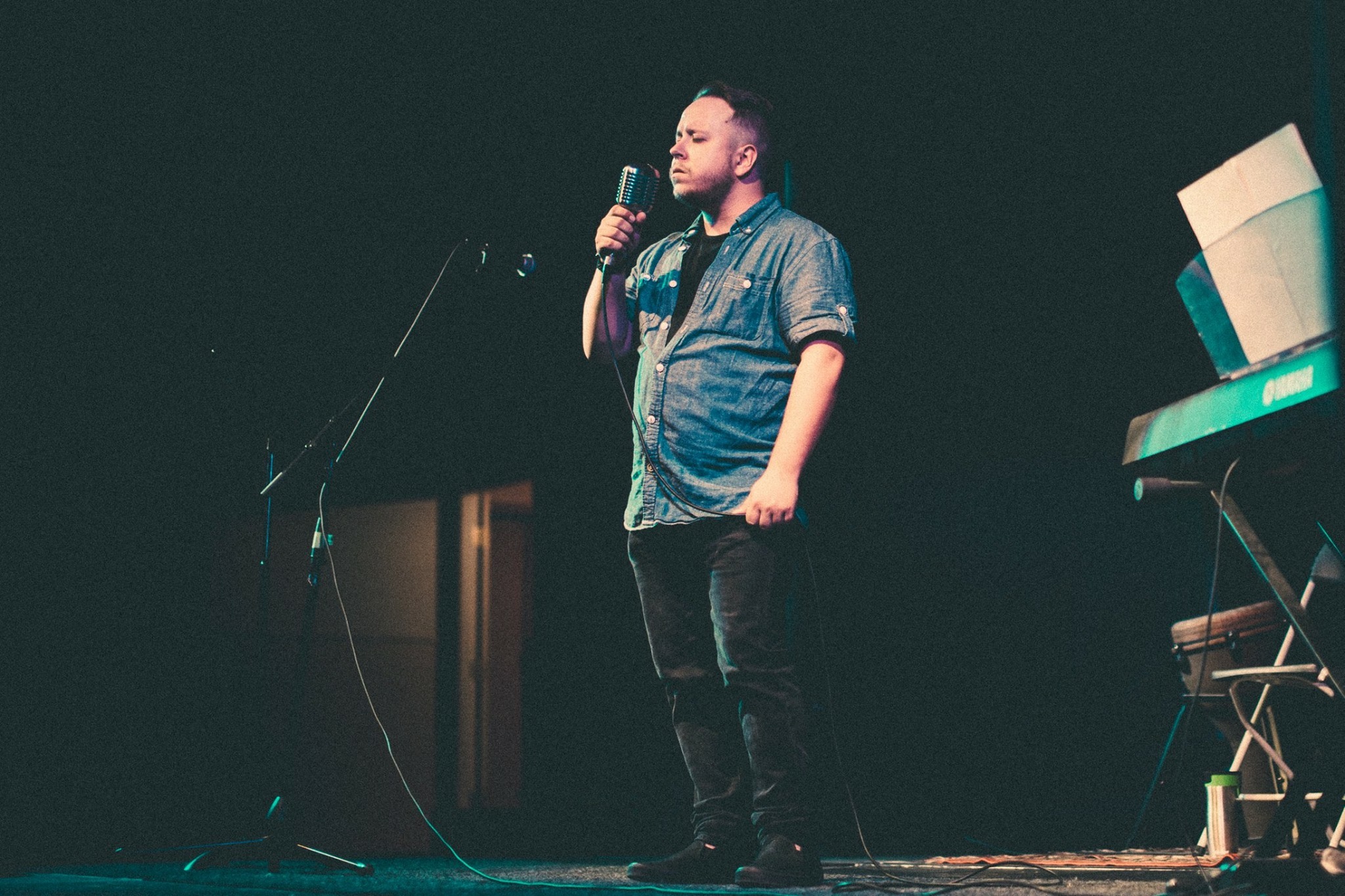 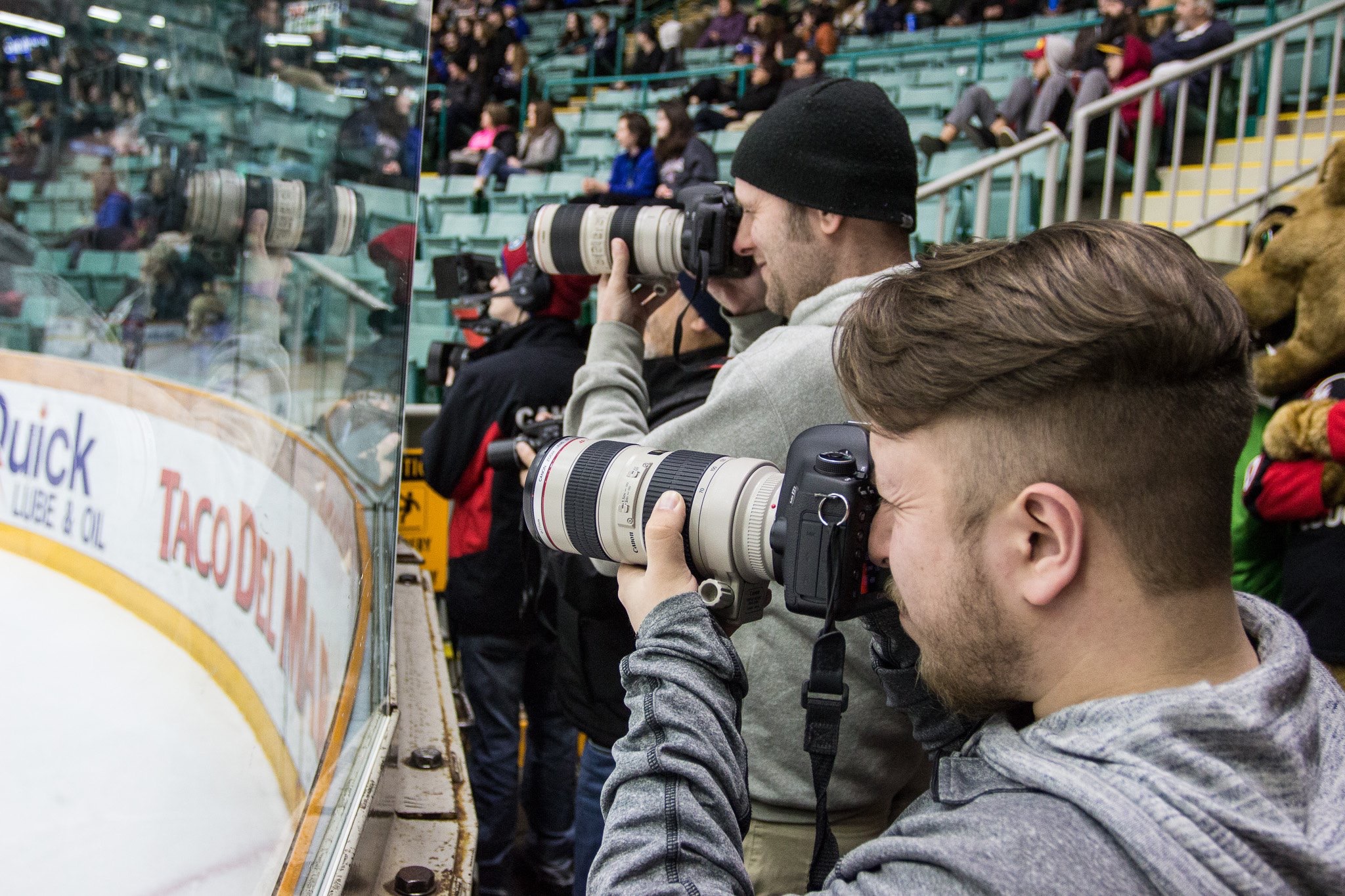 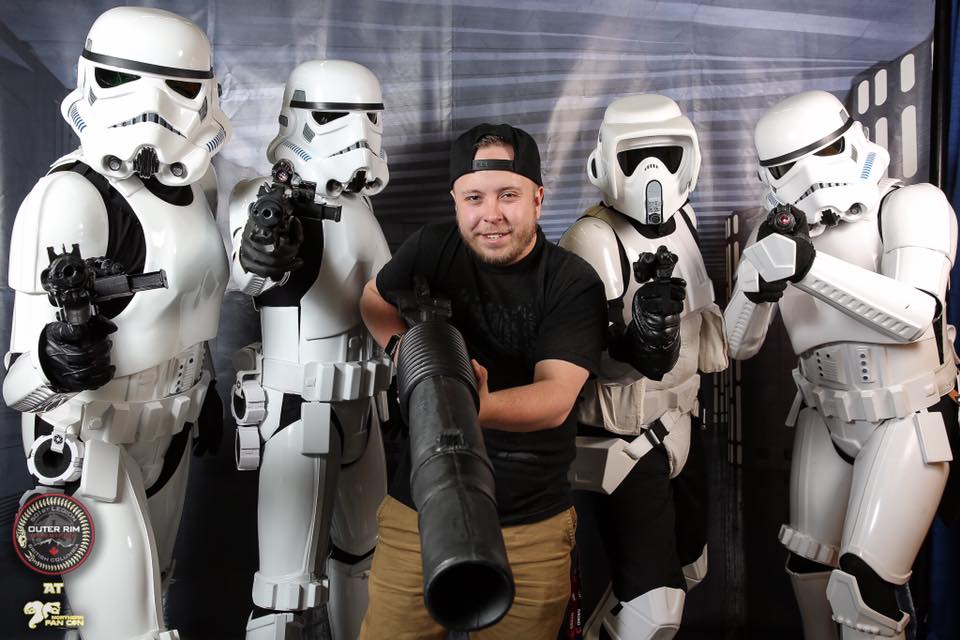 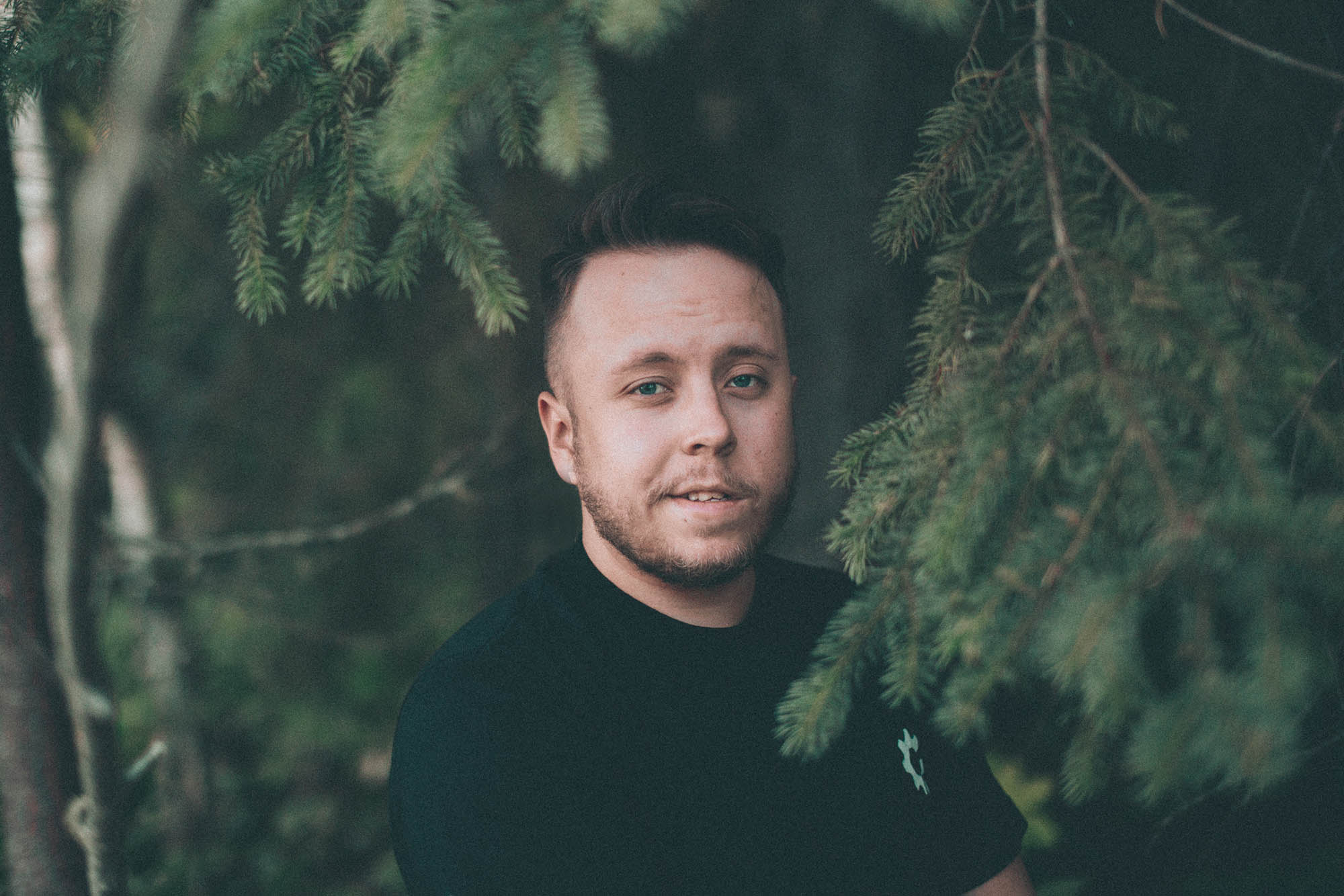 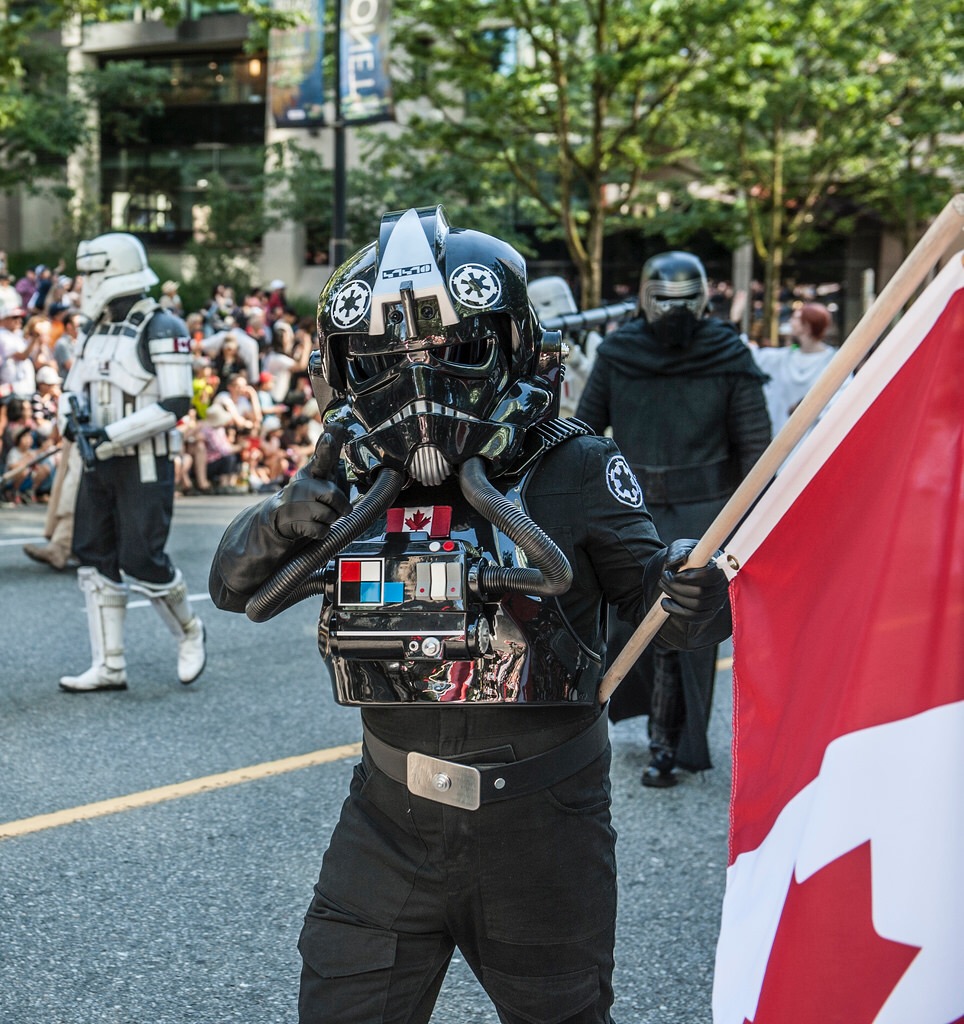 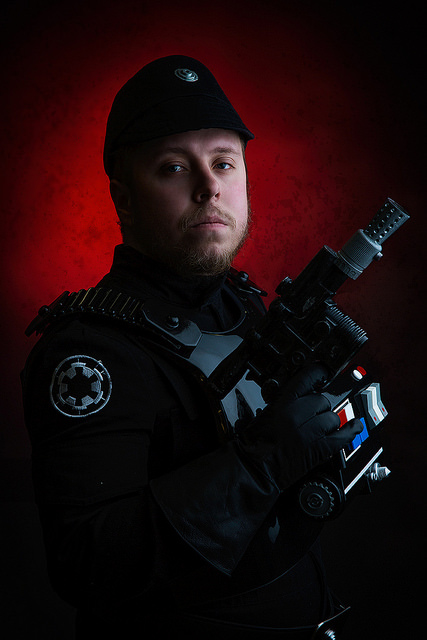