What is your background / what do you do for a living? What are your hobbies?

I’ve always been obsessed with movies and knew pretty early on that I would dedicate my life to filmmaking. After graduating filmschool back in 2014, I’ve worked on many different independent productions to build connections with like-minded people and figure out how the business here in Canada works. Until 2016, I was employed by a local TV production company as an editor, where I cut together 45 minute episodic documentaries following two professional hunters that would go to remote parts of the world and hunt with indigenous people, learning their ways. It was a great way to get started and a very comfortable working environment, however, after several years I realized I didn’t enjoy editing that sort of content in the long term and would much rather work on set. I quit that job to get into the camera union, working my way up as a runner, trading the comfort of a 9 to 5 desk job with 70 hour weeks of manual labor, often in the pouring rain (looking at you, The Flash!). But it paid off. Over the past year I’ve had the chance to work on some of the biggest movies that were shot up here with many amazing people that have taught me so much. Ultimately I’m trying to establish myself as a director and cinematographer, so most of my spare time these days is spent shooting short films. One of them being Bucketheads – A Star Wars Story! You should check it out: www.instagram.com/bucketheadsfilm

Outside my passion for film, I love making music. I’ve been playing the piano for almost 20 years now and have been running a YouTube channel where I record my performances for the better part of a decade. You can check it out here: www.youtube.com/Atin1337

I’m also an avid skier in the Winter and love playing beach volleyball in the summer, for which Vancouver really is the perfect place. Oh, and these days I enjoy dressing up as a plastic spaceman for community and charity events.

When did you see Star Wars for the first time and where?

My first memory is seeing The Empire Strikes back with my father when it came on TV. I must have been around 8 or 9. I grew up in Germany and all the movies there get dubbed in German, so I didn’t get to hear the actual voices of all the actors until much later. I blame this oddity of international film distribution for my continued losses in Star Wars trivia games. The original lines and quotes just aren’t as ingrained in my brain as they would be, had I grown up in an English speaking country.

What is your favourite Star Wars movie?

That’s an easy one: The Empire Strikes Back. Not just because it was the first one I saw, it’s objectively the best movie of the series, including the new ones.

What is your favourite costume and or prop (any franchise)?

I would say that the droids made the most lasting impression on me as a kid.

What costumes (SW related or otherwise) have you made before?

Funny enough, I was never really into costuming. Actually, I used to hate dressing up for Halloween as a kid. It wasn’t until I found this wonderful group of people that I discovered how much fun it really is. The TK has been my first and only build so for, but I just started working on a Biker Scout.

What inspires you creatively, spiritually or emotionally?

Music mostly. I’m in a creative line of work and any writing, conceptualizing and editing I do, I always do it to music. Making music has also helped me through some darker times in my life and very much kept me sane. These days I listen to a lot of soundtracks, some metal, rock and jazz. I also enjoy electric swing and have a weakness for 80’s music. My jam right now is Miike Snow and my car is usually blasting Alt-J and Dorothy.

How did you first find out about the 501st Legion?

I honestly don’t remember. Probably during one of those late-night Googling sessions looking into Stormtrooper armor. I eventually found whitearmor and things went from there. I’m pretty jealous of the kids who get to experience 501st events. It must be so magical to actually meet those characters while you’re still a kid and believe it’s real. Being on the other side of that interaction is a wonderful thing as well though.

What drives you to stay trooping in the 501st Legion?

Two things: 1) The great community. I’ve made some really great friends in the ORG and every event we do, both social and troops, is always a blast.
2) The kids. When a kid walks up to you during a troop and genuinely believes you’re a Stormtrooper from the Death Star, that’s one of the most wonderful experiences in the world.

If you were to get a job at LucasFilm, what would it be?

I’d love to develop a Star Wars series for Disney’s new streaming service, set during the clone wars. But if they offer me to direct Episode X, I wouldn’t say no. But honestly, any job involved with the Star Wars story and content development would be amazing! 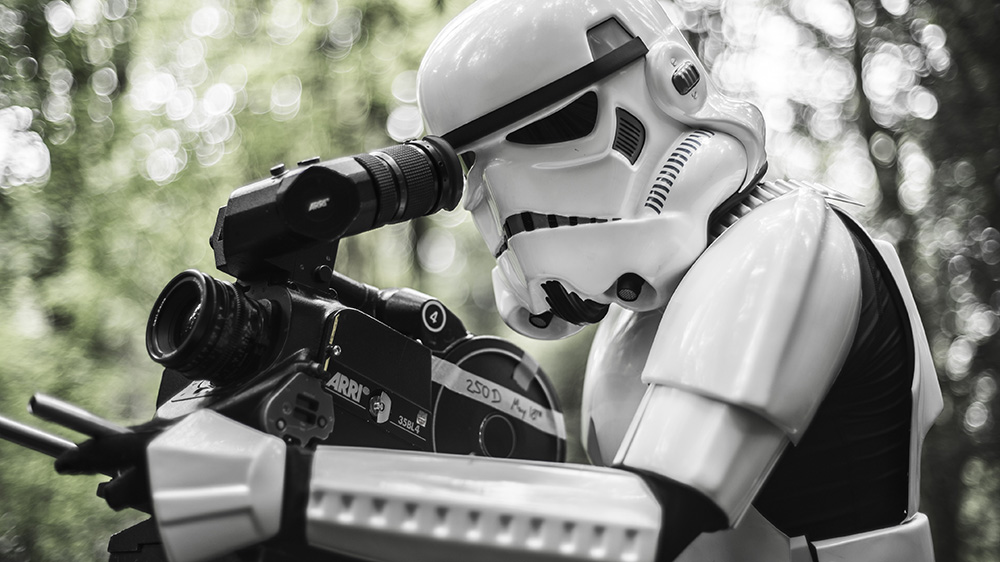 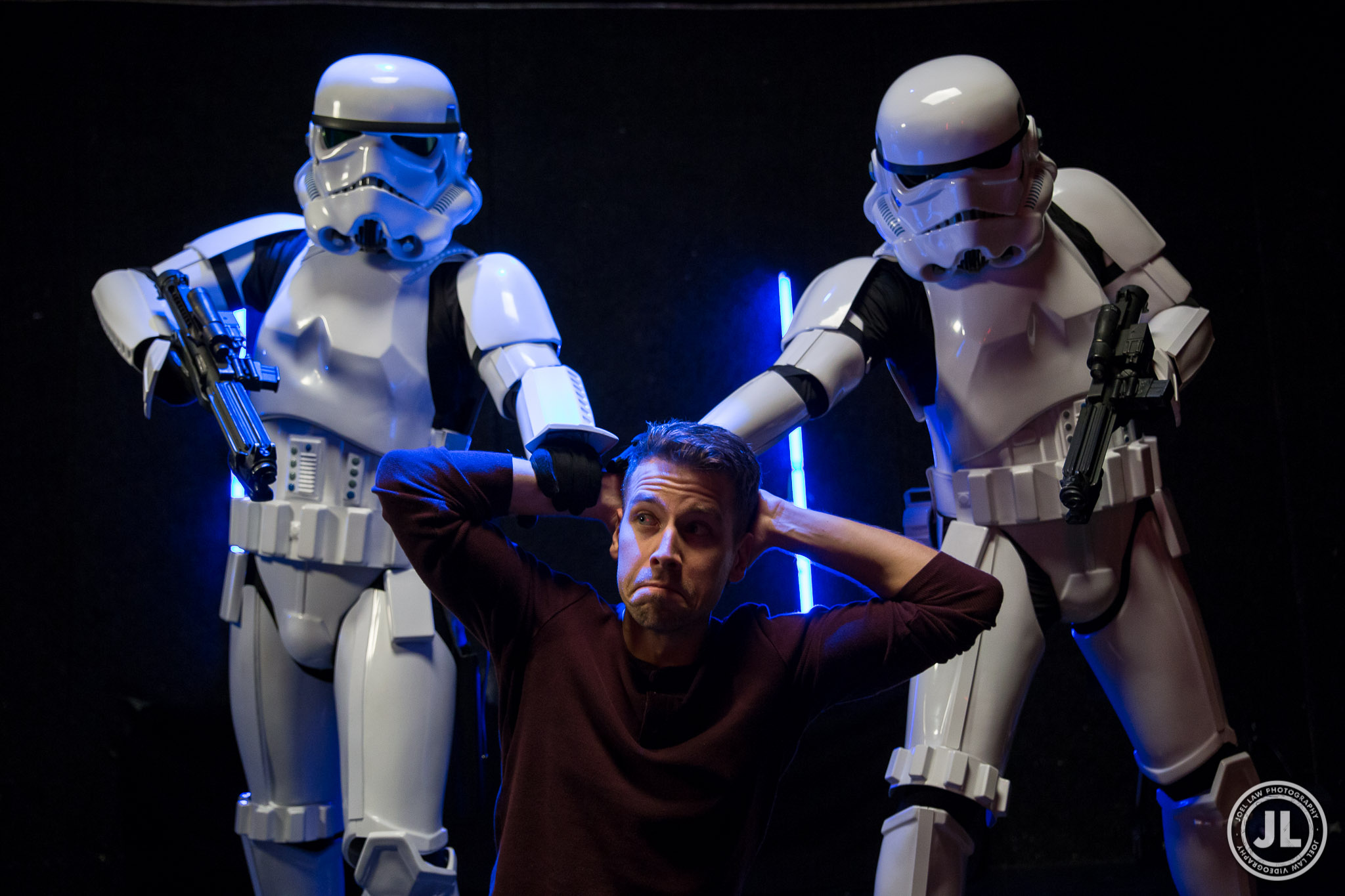 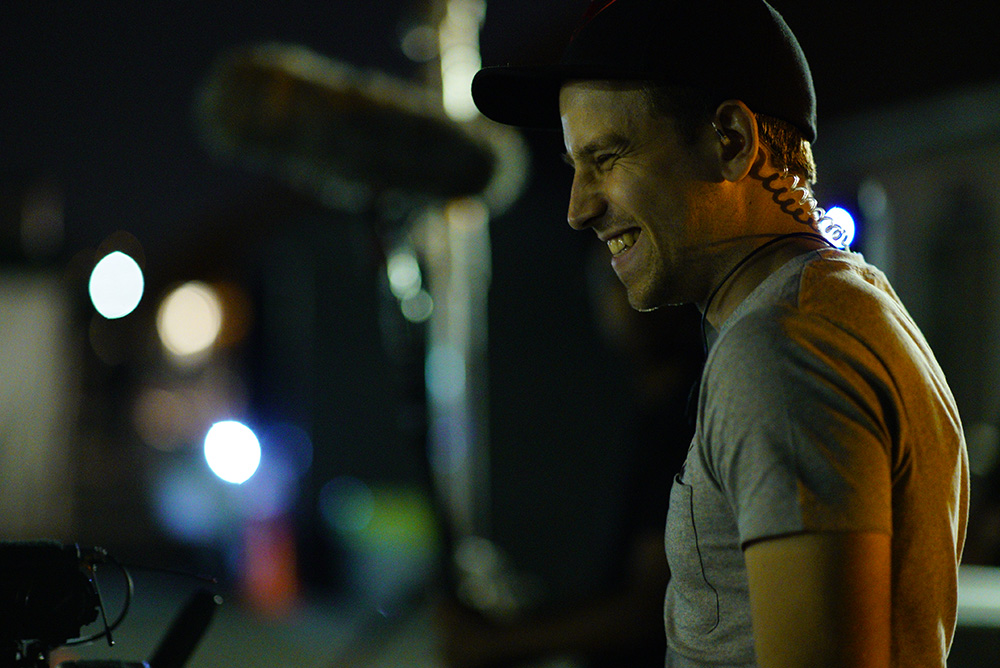 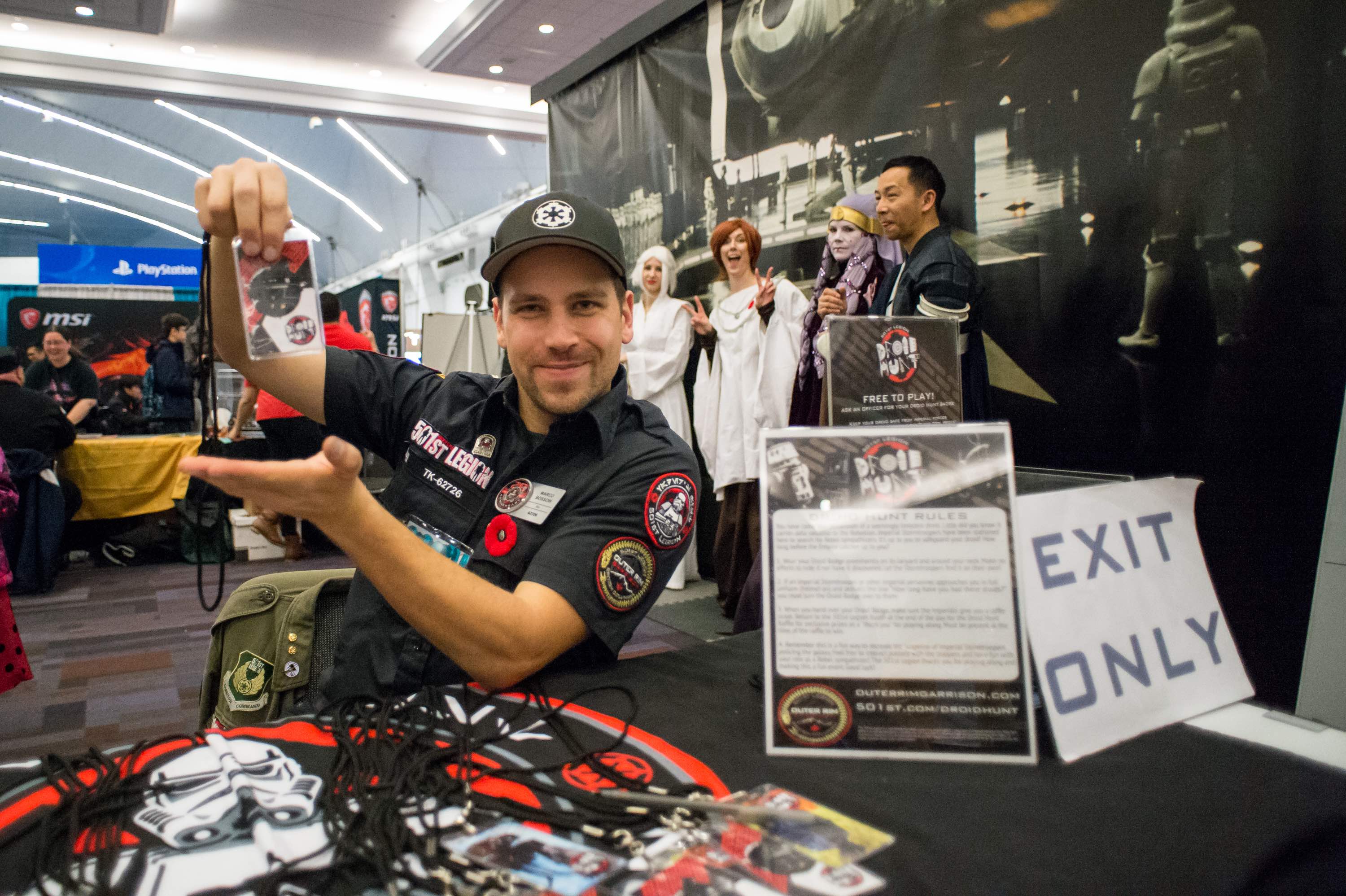 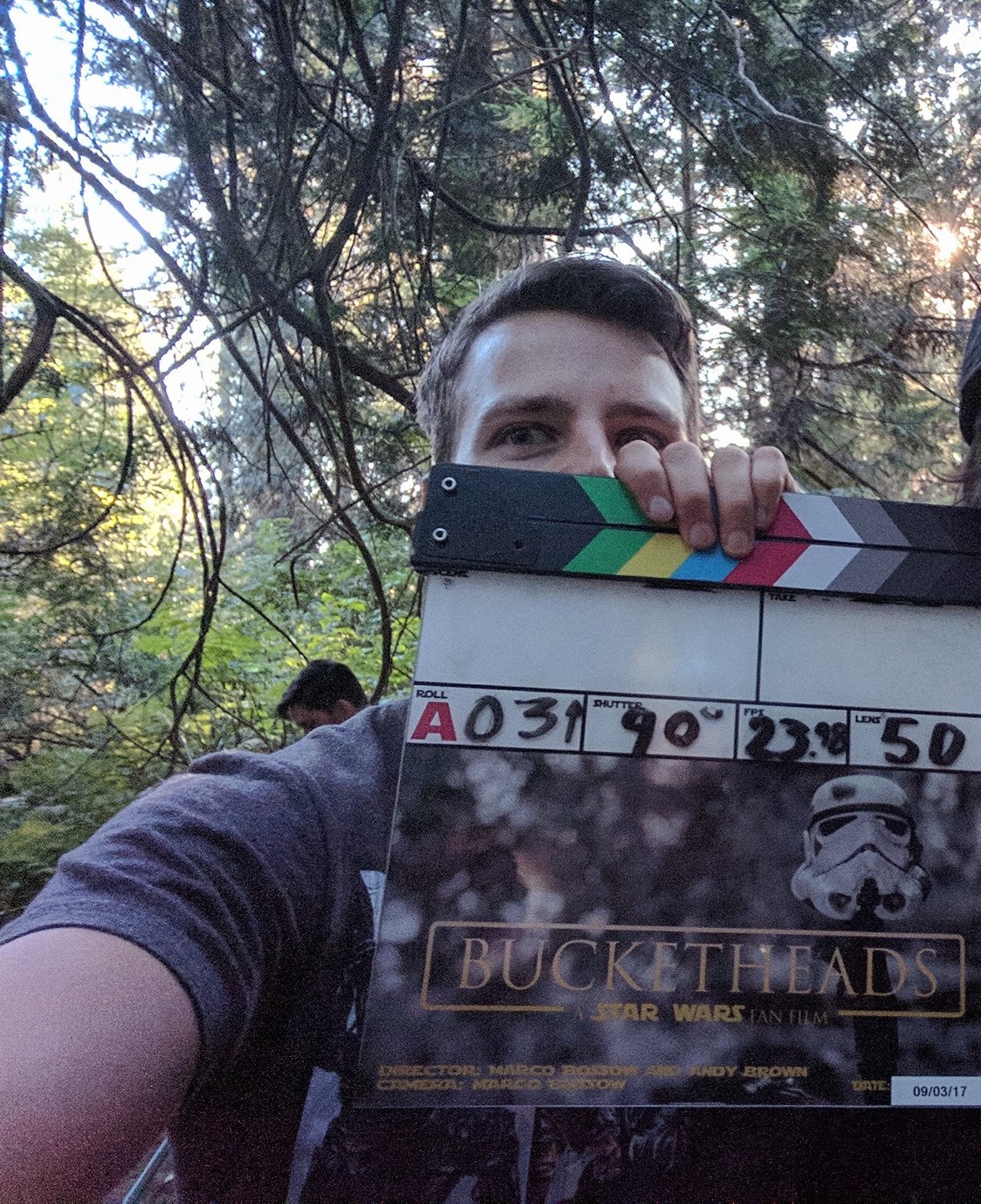 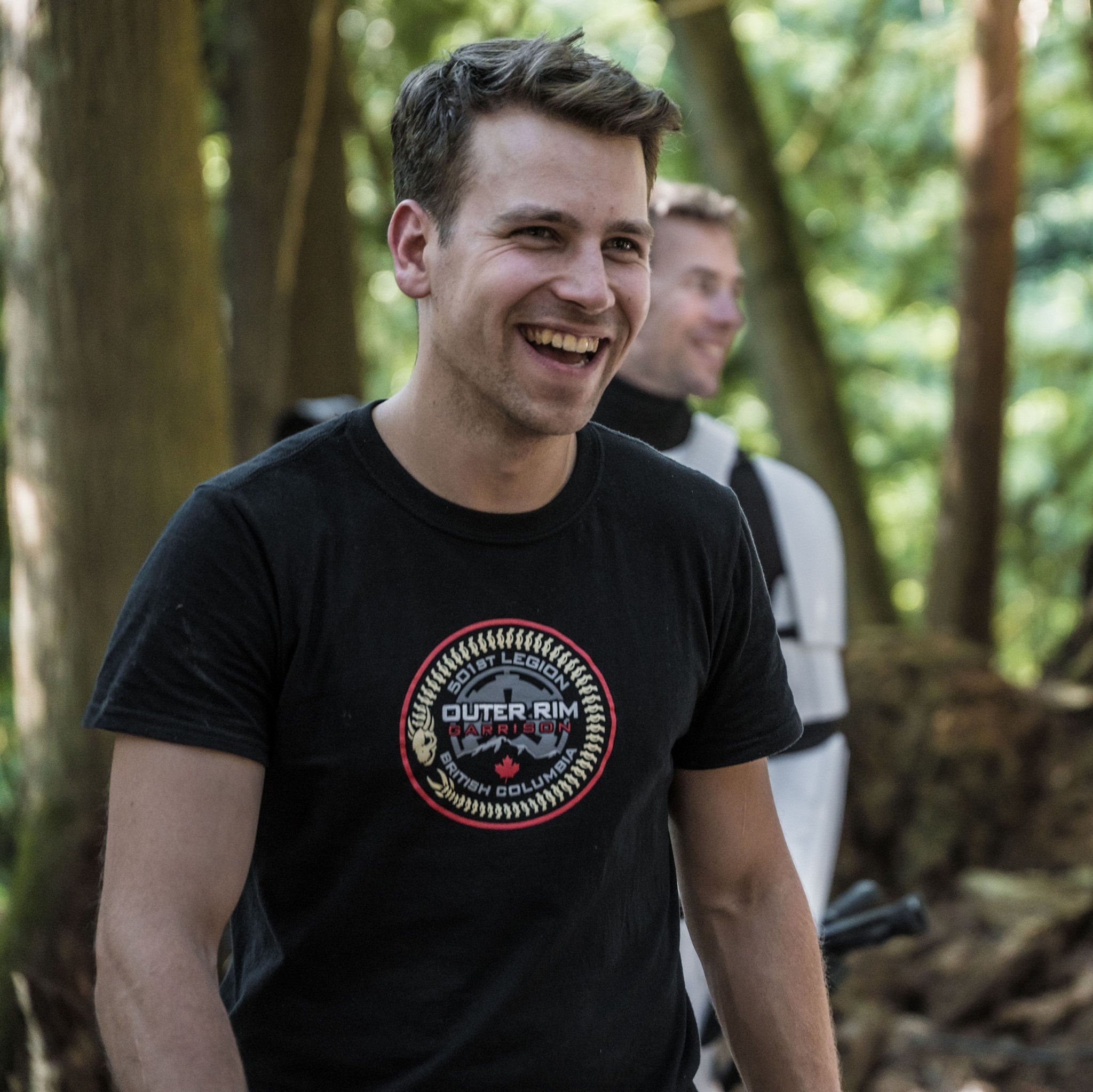