Welcome to the Outer Rim Garrison, home of the 501st Legion in British Columbia, Canada. 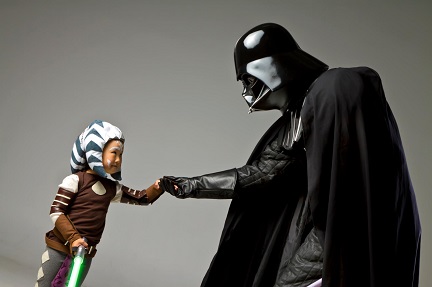 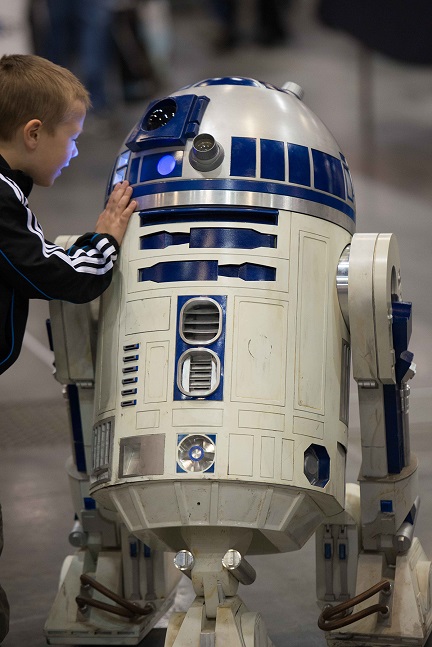 The British Columbia members of the 501st Legion first formed a squad in 2006 under the Ontario-based Canadian Garrison.
In 2007, we transferred as a squad to the Badlands Garrison (western Canada) and in 2014 we officially became a Garrison in the 501st Legion with 32 official members. As of the summer of 2015, we have 49 active members across the province and growing!
Our troopers are mainly centred in the Lower Mainland, Vancouver Island and the Interior of British Columbia 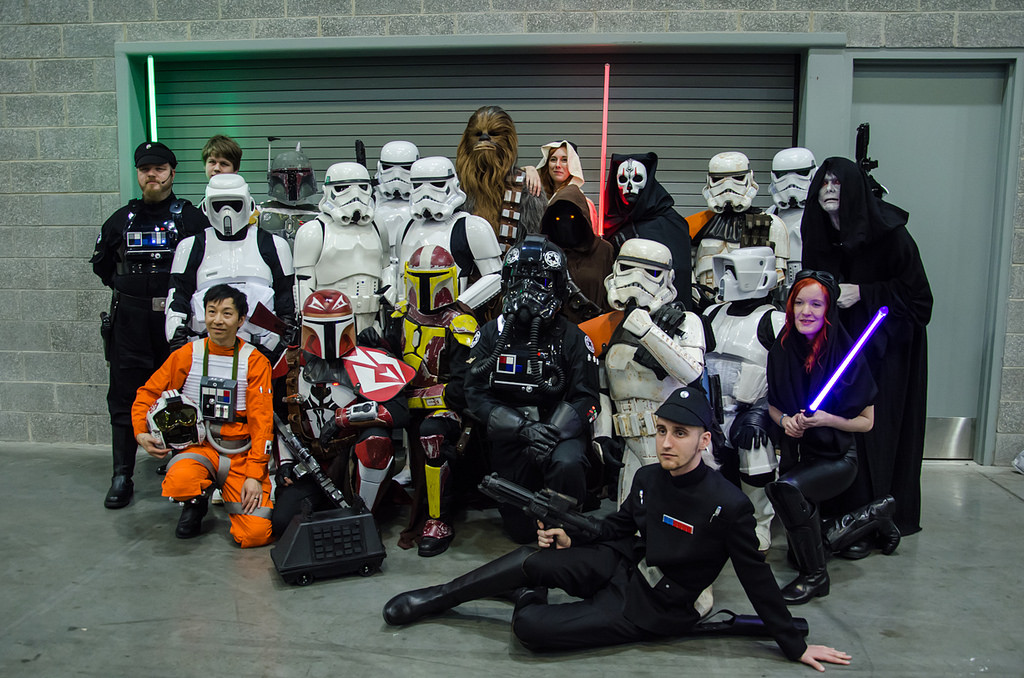 Find out more about our members across BC. 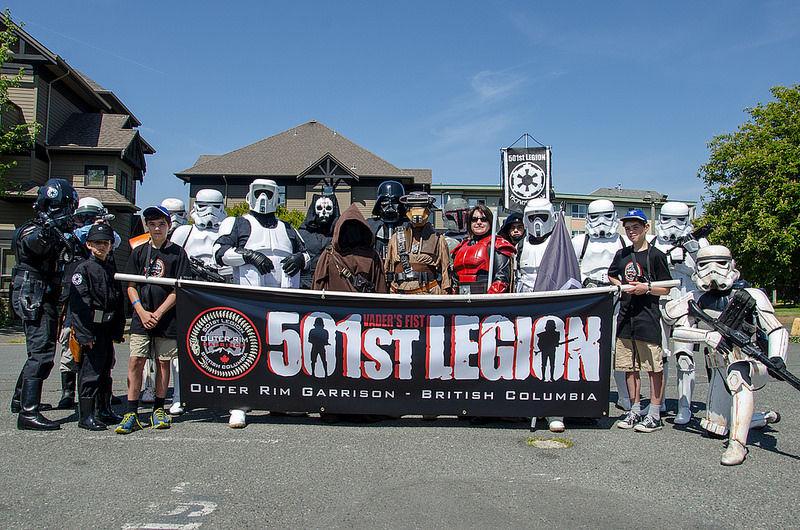 Learn about the 501st Legion and its 7400 worldwide members. 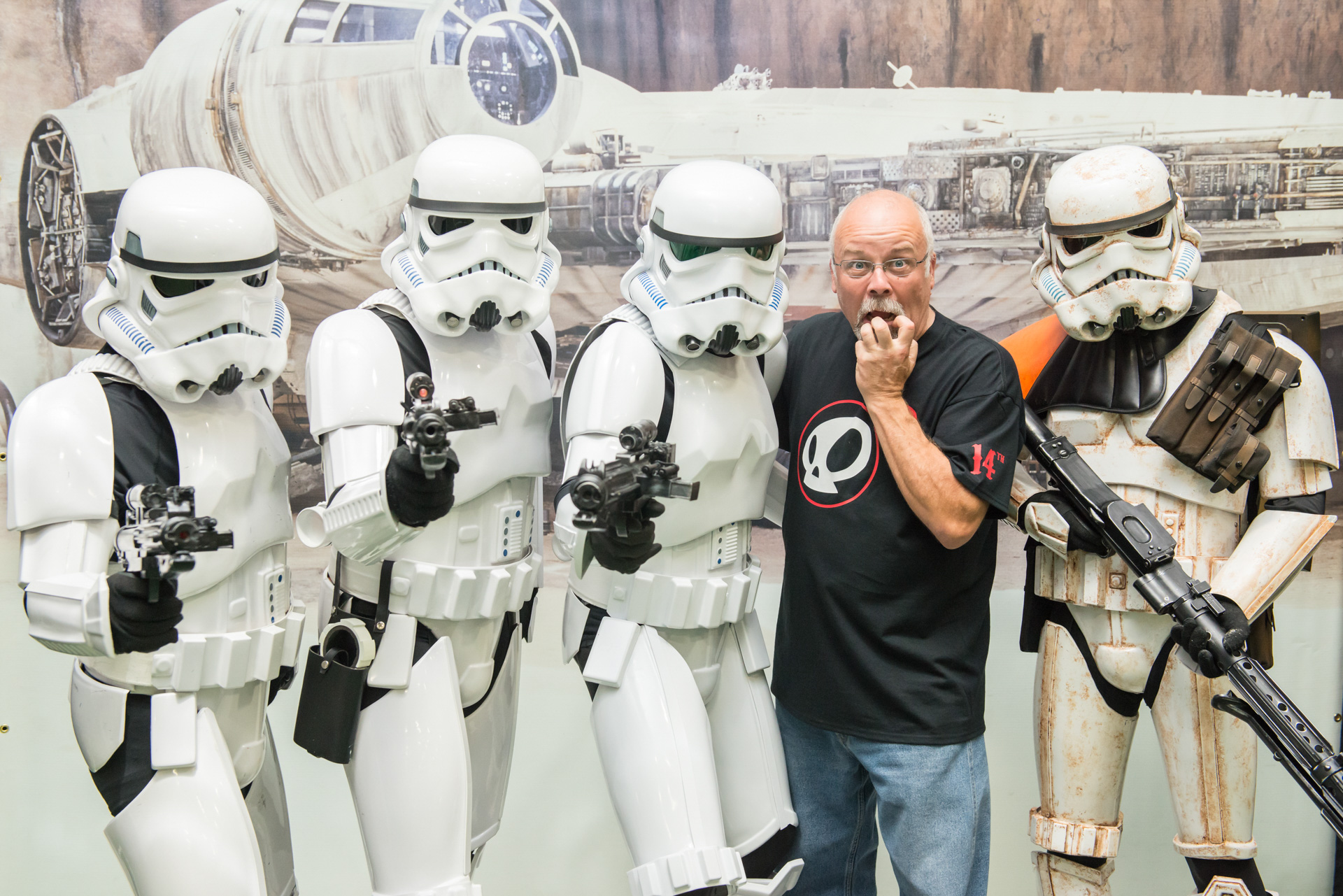 A collection of photos from past events.

Why We Do What We Do

A lot fans ask why 501st Legion members why they “do what they do.”

The fact is – we are all fans of Star Wars, regardless if we are members of the 501st Legion or not. In our case, we express our fandom through the use of costumes for charity. We enjoy giving back, whether that means visiting hospitals, supporting charities with fundraisers, or participating in community events.

Most importantly, we enjoy putting smiles on peoples’ faces. Whether they are young, or the young at heart! If you are interested in joining the 501st Legion or simply have questions, please don’t hesitate to contact us!

While the 501st was initially founded to unite costumers with a penchant for Star Wars villainy, one of our real-world missions is to bring good to our communities through volunteer charity work. The 501st is always looking for opportunities to brighten the lives of the less fortunate and to bring awareness to positive causes on both a local and global scale.

While we do not charge a fee for appearances (public or private), we enthusiastically welcome donations made to a charitable organization in the name of the 501st Legion. If you do not have a charity of choice, please ask the participating local 501st members for their favorite cause.

With over 67 garrisons in the Legion, we have accumulated some impressive totals over the years.

Each year the 501st Legion members volunteer their time to attend a number of charity related events. In 2013 Legion members helped to raise $262,328 through our own fundraising efforts, and attended events that helped to raise over $32 Million Dollars for charity. Our members donated over 28,946 ‘man hours’ wearing our Imperial Costumes all in the name of fundraising and charity! 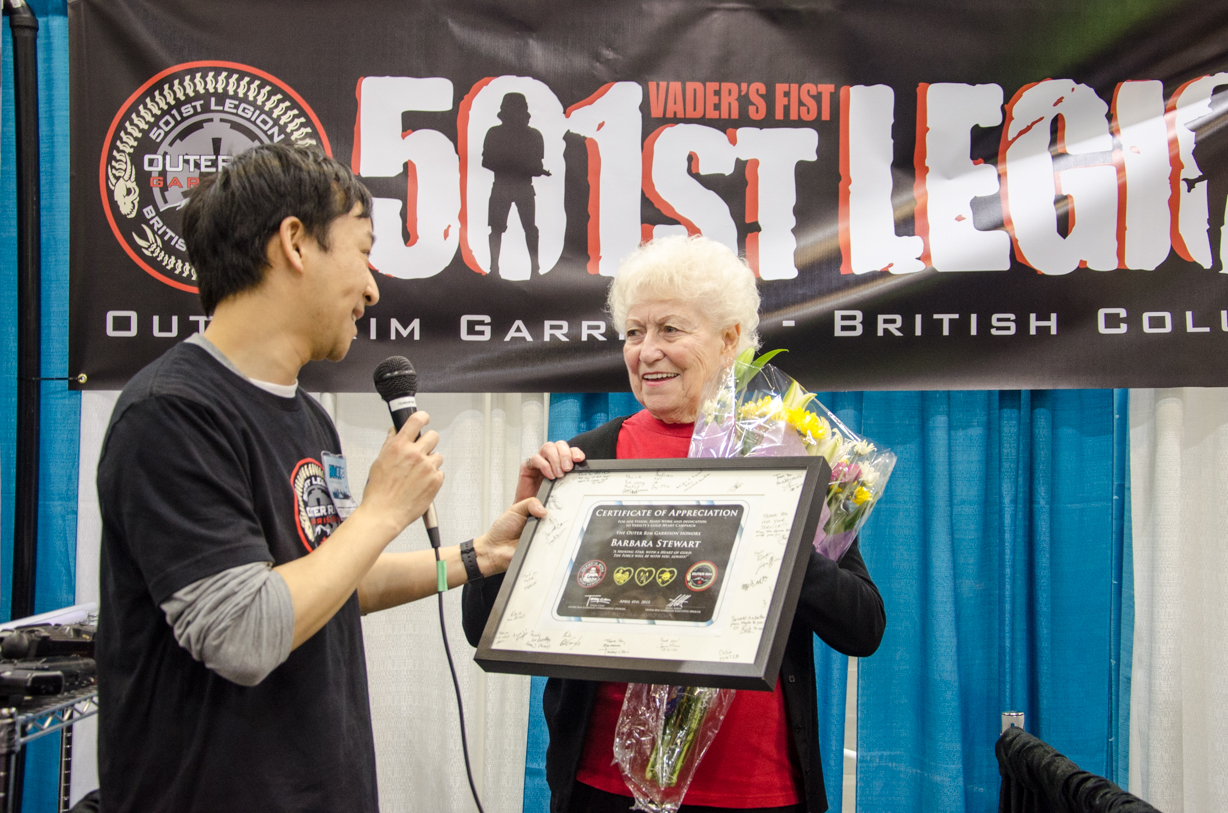 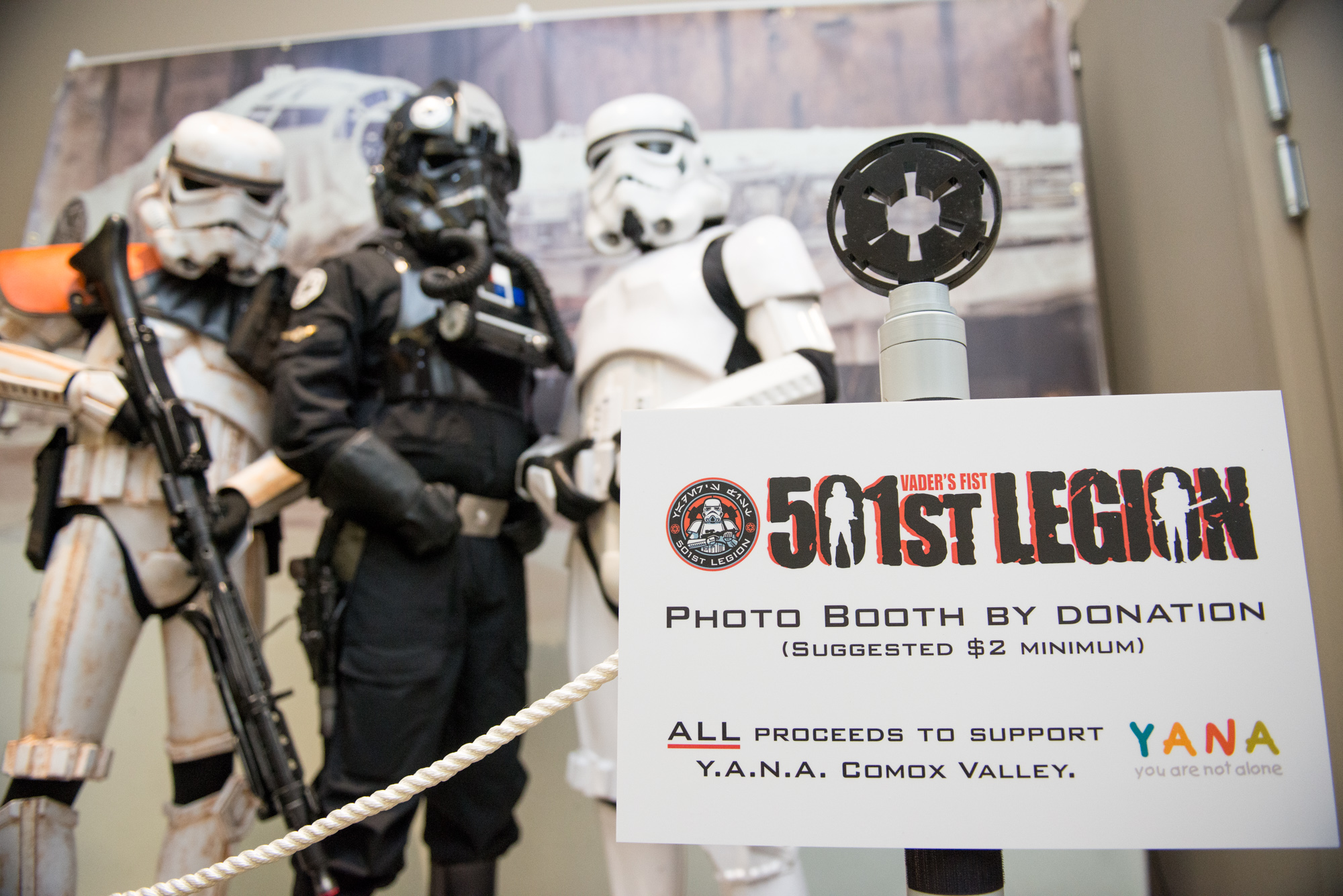 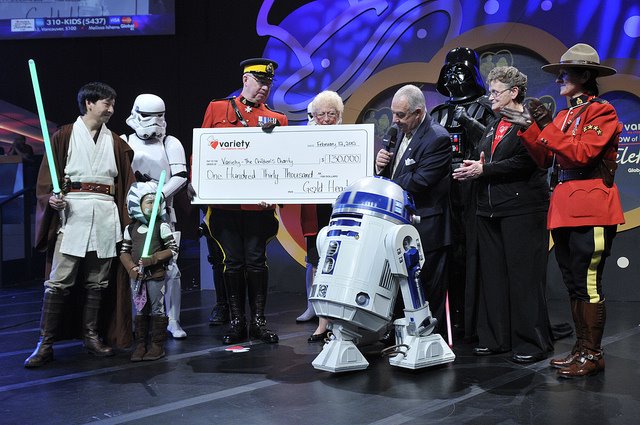 Giving back to the community is the cornerstone of everything we do. The Outer Rim Garrison works with many charities in British Columbia. We are very proud to support these charities! 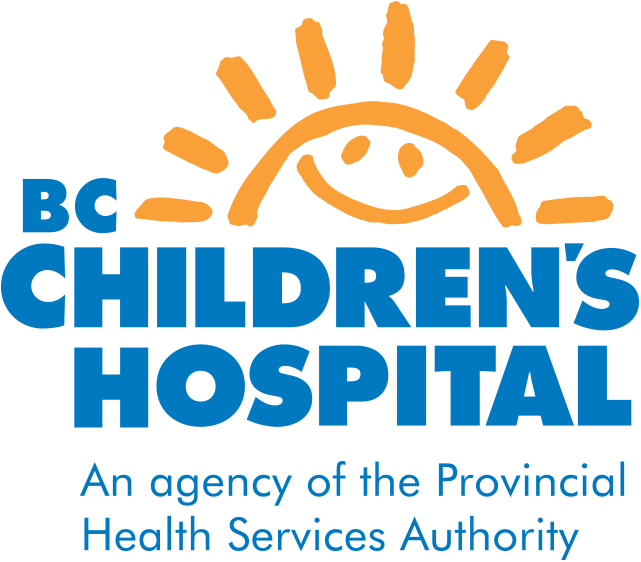 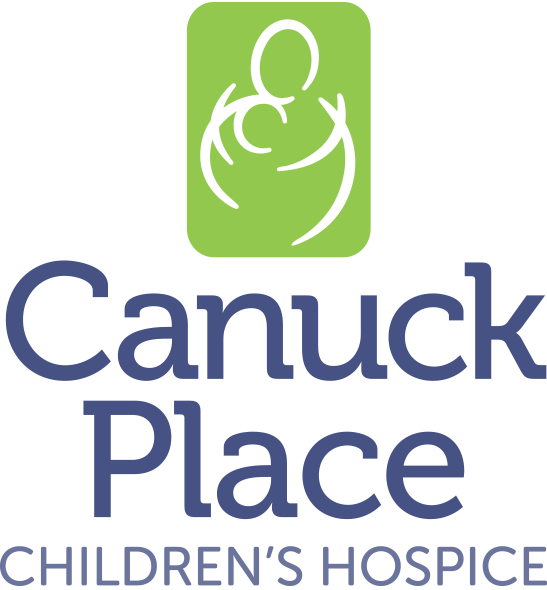 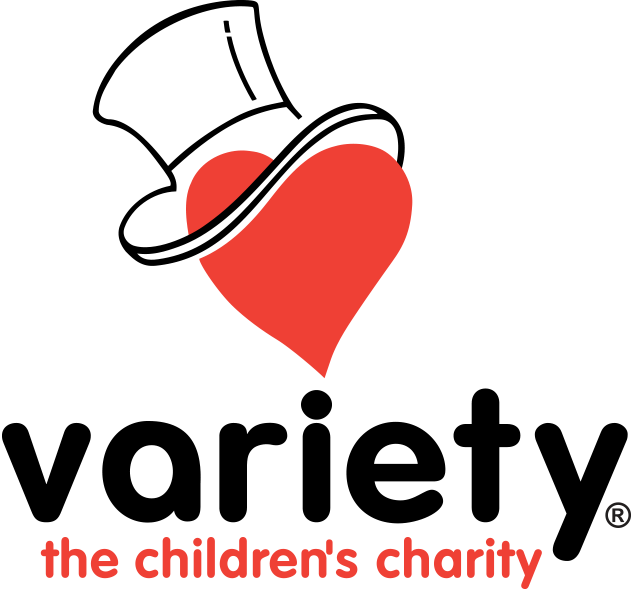 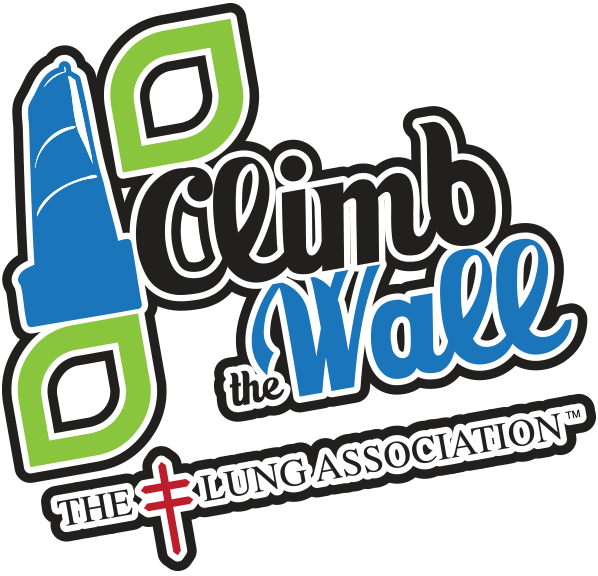 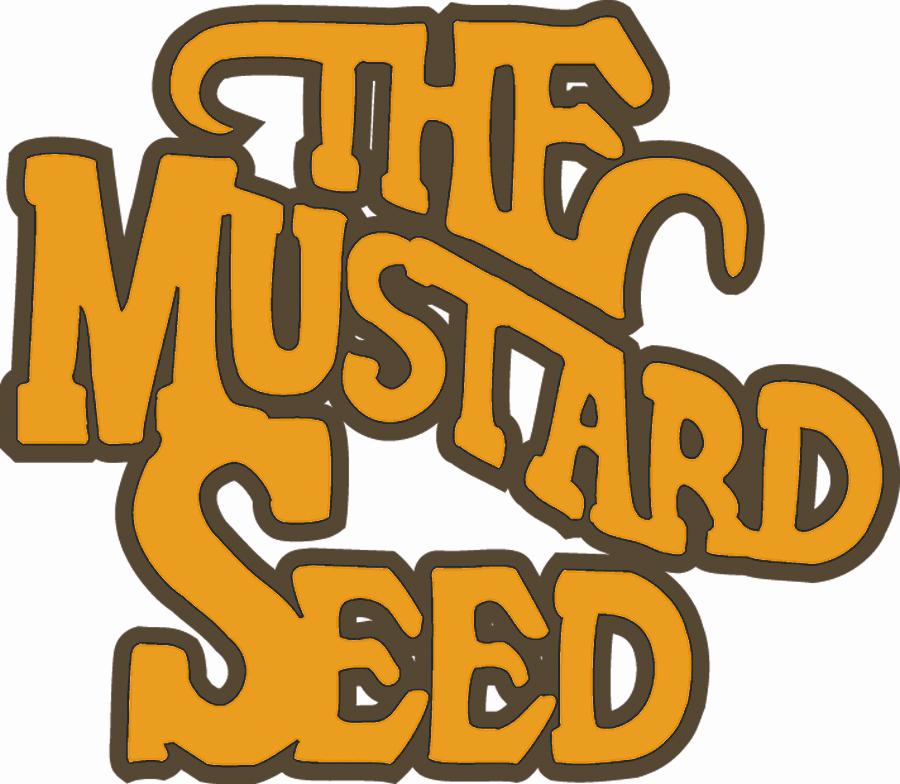 What is your background / what do you do for a living? What are your hobbies?
I’ve been a video game tester for 7 years, but this September, I’m looking to make my hobby into a career attending the Costuming Diploma course at Capilano University.
Costumes have been my passion since I was a kid, often asking my mom in June to start helping me with my Halloween costume. My friends and family know that I’m pretty much unavailable for at least few weeks before a convention.
Outside of that, I like board games, Doctor Who, comic books, drawing and coffee/tea.

When did you see Star Wars for the first time and where?
I’m not actually sure when the first time was. I remember watching A New Hope a million times with my friends who lived two houses down when we were about 6 or 7. I have more memories of playing Star Wars – who got to be Han Solo, and what adventure we’d go on next.

What is your favorite Star Wars movie?
That is a seriously tough question. I think A New Hope. I love them all (yes, even the prequels), the whole Galaxy that they created is a huge part of my life.

What is your favorite costume and/or prop (any franchise)?
HA! Ask a cosplayer what their favourite costume is. Probably Indiana Jones’ standard outfit. I love how lived in it looks, like someone would really own and wear it, but like they HAVE worn it for years. And that hat. You know who it is just by seeing that hat.

What inspires you creatively, spiritually or emotionally?
I have a really bad habit of seeing an outfit, character, photo, etc, that just hits the right notes with me, and then trying to make it. I love a challenge, figuring out how to use this to make that, or if I just change this here, it would make a perfect this.

How did you first find out about the 501st Legion?
I was dressed up as Black Cat from Spiderman on Halloween at work, and this guy dressed as a Stormtrooper comes walking down the hall past me. I said something dorky like “Whoa, cool!” and he responded in actual Stormtrooper Voice (TM). That Stormtrooper was actually a Sandtrooper, and as it turns out, was our own Garrison CO, Terry Chui! I asked him about the costume later, and he encouraged me to join.

What drives you to stay trooping in the 501st Legion?
I hope I’m allowed to list more than one thing.
– Seeing kids and adults alike light up when they see our TKs come around the corner.
– Hanging out with equally dorky people who love Star Wars as much, though probably more, than I do.
– Encouraging my friends to join and give back to the community.
– Being “Trooper Mom”.

If you were to get a job at LucasFilm, what would it be?
I would love to get in their costuming department. Creating a relatable, realistic Galaxy that people are excited to see and experience would be stellar. 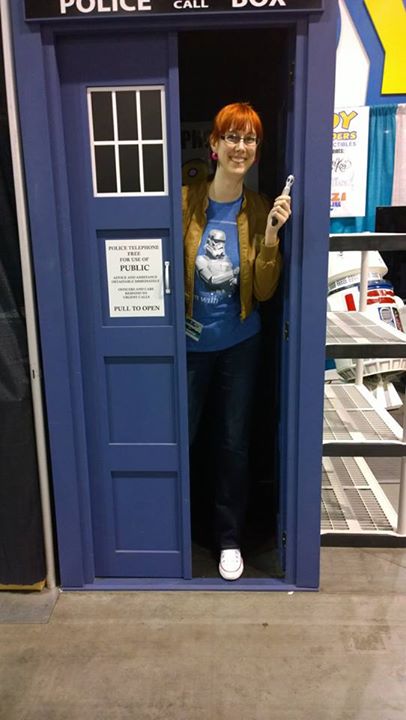 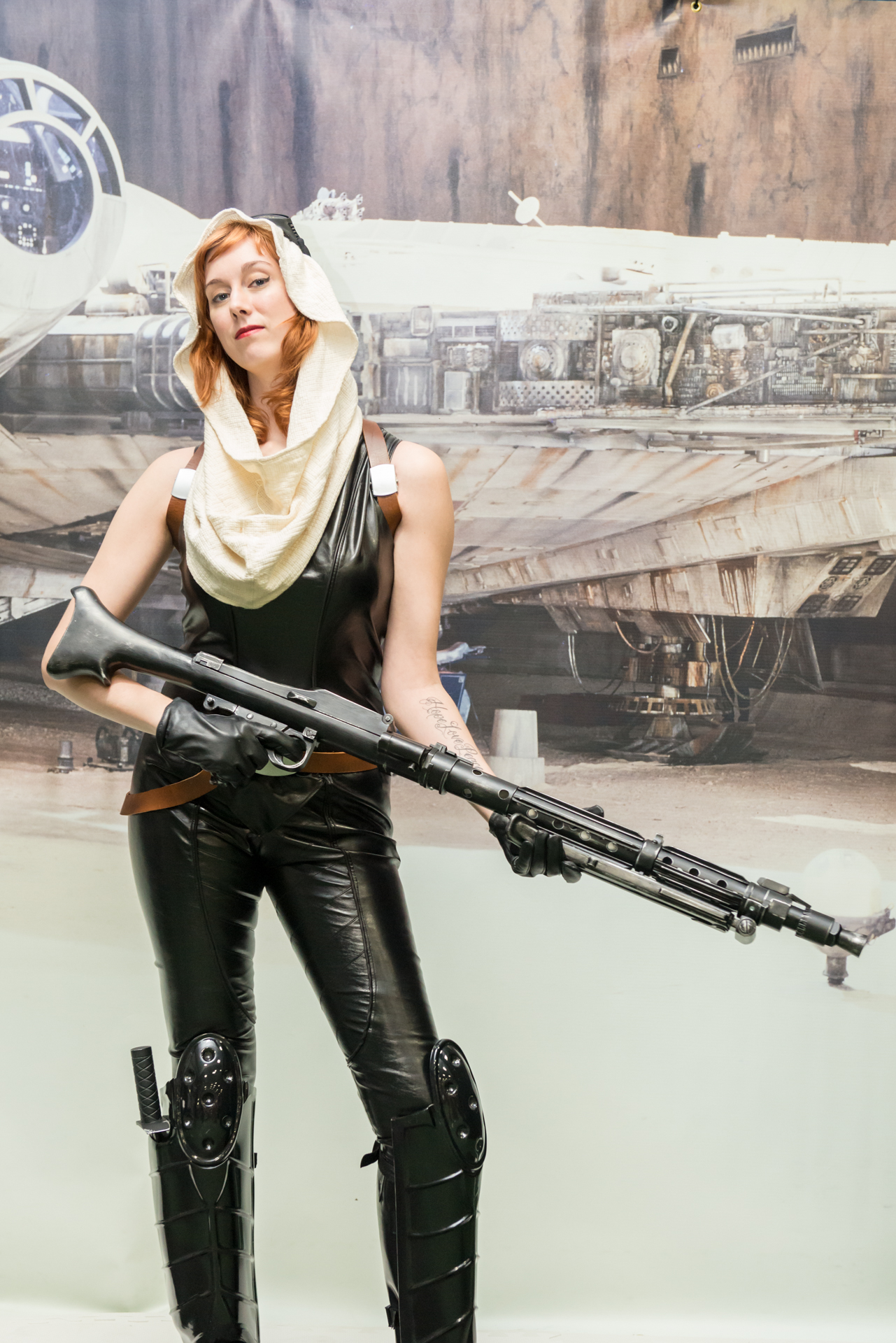